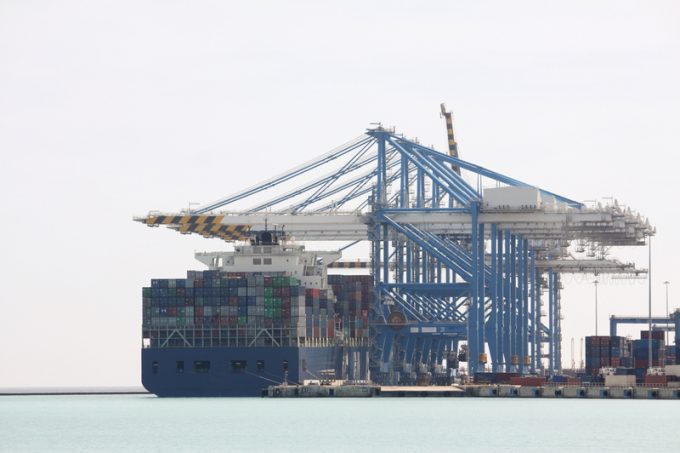 CMA CGM this month will launch a standalone Asia-West Africa service, the first in the trade to be routed via the Suez Canal on its headhaul voyages.

It claimed the Round the Africa (RTA) service will offer the fastest connections between the Chinese ports of Shanghai, Ningbo and Nansha to the West African ports of Dakar, Freetown, Tema and Abidjan, via calls at the Mediterranean hubs of Malta and Tanger.

On the backhaul, vessels will sail direct from Abidjan to Singapore via the Cape of Good Hope.

The service will deploy 11 CMA CGM vessels of 4,200 teu capacity, with the first sailing leaving Shanghai on 25 July. Total round trip is 77 days, CMA CGM said.

According to eeSea data, across all carriers there are currently nine services between Asia and West Africa, with the French carrier currently involved in five and all in cooperation with other carriers.

However, CMA CGM only deploys its own vessels on two of those five services: the West Africa Express service that deploys 13 vessels with an average capacity of 4,200 teu, and on which Maersk and Safmarine charter slots; and the Asia West Africa Service, which it jointly operates with Maersk, Cosco, NileDutch and PIL. On its remaining three strings, it charters slots from its vessel-providing partners.

It is likely that its main competitor on the China-West Africa string will be the Far East-West Africa service operated by Cosco and ONE, which has PIL, Zim, OOCL and Gold Star buying slots on a total round trip of 84 days.

However, CMA CGM also announced today it was hiking its ocean freight rates from all Asian ports to West Africa by $200 per teu, under a general rate restoration programme effective from 20 July.