News / CMA CGM back in the black in Q3, but fuel costs force discounted rates 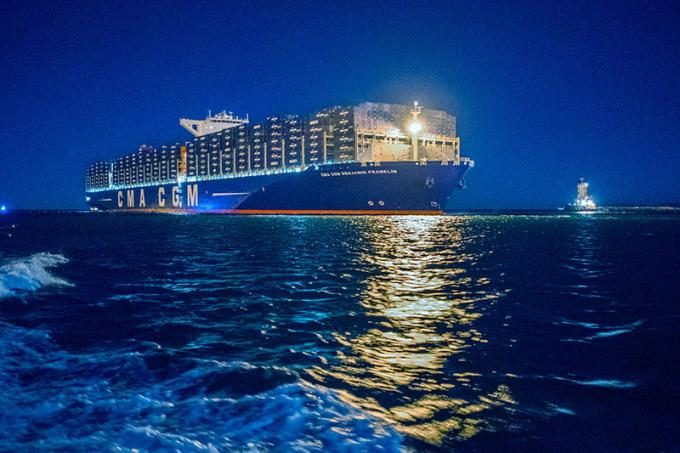 CMA CGM moved back into the black in the third quarter, and recorded a net profit of $49m for the nine-month period.

However, in the third quarter, the French carrier was beaten to its ‘best in class’ financial performance ranking by Hapag-Lloyd which reported a stronger recovery.

The carrier said the 5.5% jump in liftings was mainly attributable to the strength of its transpacific, India, Oceania and Africa tradelanes.

Indeed, according to research by Alphaliner, on the transpacific eastbound trade from Asia to the US the Ocean Alliance carrier was the main beneficiary of the botched start-up of ONE, which resulted in the Japanese merged carriers’ combined volumes plummeting.

“After consolidating for the volumes of APL and ANL, CMA CGM has overtaken ONE to become the second-largest transpacific carrier,” noted Alphaliner.

The disappointing increase in CMA CGM’s average rate is surprising, given the boost in its transpacific liftings and the 70-80% leap in freight rates on the route during the period, as shippers rushed to beat the hikes in US duty on Chinese imports brought in by the Trump administration.

This suggests the carrier had to discount rates on other tradelanes in order to protect market share. One UK-based forwarder told The Loadstar that CMA CGM was “now perhaps the most aggressive carrier” between Asia and North Europe.

On 7 September, The Loadstar reported: “CMA CGM has shocked the market by reducing Asia-North Europe FAK rates at a time when most carriers are trying to drive them up.”

CMA CGM said its increased costs – mainly due to the hike in the price of bunkers – “was only partially offset by the introduction of an emergency bunker surcharge”.

The net profit for the period was $103m, 68% lower than the year before, as CMA CGM admitted it had failed in its endeavours to pass on higher fuel costs to its customers.