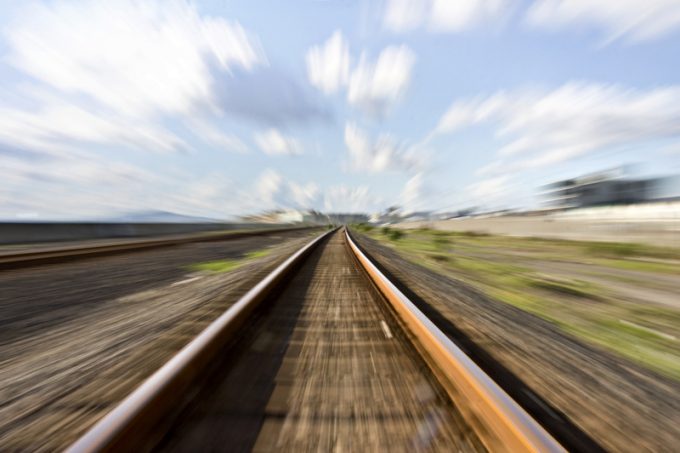 This week saw the first China-Europe rail service go onwards from Dartford into the UK, to Birmingham, Bristol and Manchester.

Davies Turner, the only forwarder offering a weekly LCL service to the UK, has expanded the service in line with volume growth.

“It’s going to our own depots by rail now, where it was trucked before.”

One forwarder recently told The Loadstar that the service didn’t make much sense to the UK  owing to the additional cost and time of getting the container from Duisberg, but Mr Cole argued that it was still better than using ocean or air freight.

“The cost to Davies Turner of the Duisburg haul (in either direction) is about 25% of the overall door-to-door cost to of the China-UK movement.

“It does add a few days, but it is still a significantly shorter transit than the ocean freight transit time from a range of ports on China’s North Eastern and Eastern coasts.

“The majority are ocean shippers upgrading.

“There is a need for this service in the marketplace. From what I see, our clients go to a particular mode, and if it’s successful they’ll stick.”

One of the advantages of the rail service is the stability of rates.

“We’ve had the same sell rate for over six months. The buy rate goes up and down, by a few hundred dollars, so we maintain the same sell rate. There is a lot more stability in terms of rates than other modes, and we offer a three-month stability rate, which works if you want regularity of business.”

Forwarders can buy from Davies Turner at $95 per cubic metre or 500kgs at the moment, while it sells to the direct market at $120.

The increase in capacity has led to some congestion, however.

“There has been rapid expansion,” said Mr Cole.

“Originally, the congestion was at the border crossing between China and Kazakhstan. They reduced the number of departures from China to keep the flow going. It has worked but sometimes we have to switch terminal, but we offer the same rate whatever terminal it goes from.

“You can build a lot of rail terminals quickly in China, but there are two areas to focus on – the China/ Kazakhstan border – it all funnels in there where you switch gauge, and the infrastructure there needs to be expanded. And the border at Brest/ Belarus where the gauge changes again, they need to expand that too. As volumes grow that’s what they need. it needs to be a quick changeover.  It takes about 45 minutes to switch gauges, and there is a lot of automation.”

Initial concerns about using the China-Europe rail route focused on theft and security, but Mr Cole said there had been no problems.

“We’ve not seen any pilferage at all. We have seen one broken seal, owing to a Customs examination, but that’s it, it’s very rare.”

The next stage will be to look into a temperature-controlled service, where there is a market, he added.