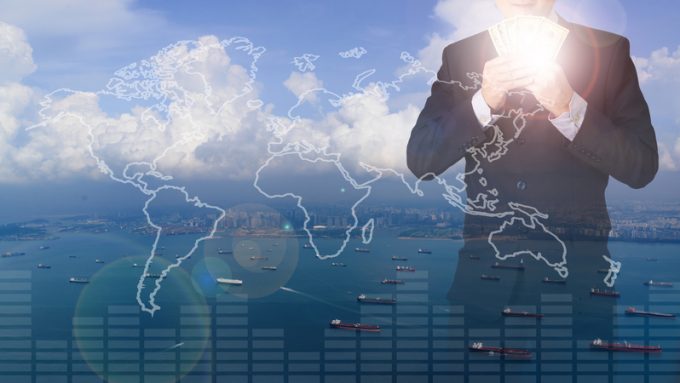 The collapse of ocean freight rates from historical highs is, inevitably, feeding into the containership charter market, bringing fears of charter party defaults by highly exposed small and medium-sized carriers.

Non-operating containership owners are keeping a close watch on the load factors of their vessels to try to identify any trading difficulties, but as yet there are no reports of any serious attempts to renegotiate daily hire or time periods.

Nevertheless, any appetite for long-term charters in some sectors is, according to Maersk Broker, “conspicuous by its absence”.

Indeed, even some seasoned brokers have been surprised by the speed of the shift of sentiment in the market in the past month to one of negativity.

London-based shipbroker Braemar reported yesterday that the supply of spot and prompt tonnage was increasing as demand slumps. It said: “What is astonishing is how quickly the market appears to turn. Only weeks ago, charter rates appeared stable and operators were still securing forward tonnage at historically high rates on long-term periods.”

It said the reversal was “remarkable, considering operators should theoretically be able to forecast demand type for at least some months ahead, and not for a couple of weeks, which seems to be the case”.

Meanwhile, a broker source told The Loadstar some owners were becoming “a little nervous” about the extent of the demand slump across tradelanes, which could lead to some extension options not being declared.

“We have gone full circle in just a few weeks,” said the contact. “Enquiries from charterers for open tonnage have all but dried up, and our owners are getting worried about the outlook.”

He also admitted there had been “tentative” enquiries from charterers about the possibility of sub-letting ships.

An easing of port congestion, linked to a consumer demand slump, has freed capacity, and falling freight rates have discouraged ad-hoc players from the market. The fact that this is happening during the traditional peak season is of great concern to ocean carriers preparing for, what one contact told The Loadstar, would result in “a period of aggressive blanking not seen since the start of the pandemic”.

The carrier source added: “That’s all we can do and I feel sorry for the shippers. But the silver lining for us is that it will definitely see off the small guys,” referring to SME forwarders who had chartered vessels at high rates.

Meanwhile, the more optimistic containership brokers regard the current charter market as “in correction mode”, and remain confident of the integrity of contracted revenue.

“Freight rates and charter hire rates are still far higher than before the pandemic and I can’t see either falling to those levels again,” a broker contact told The Loadstar.

And pointing to the recent forward fixtures by Hapag-Lloyd of six 6,900 teu ships, with existing charters not expiring until Q4 23 and Q4 24, he said tat the longer-term view was “robust”.

He added: “Charter party defaults are very rare. I don’t expect there to be many, if any, in this cycle.”