News / Carriers divert vessels from Ningbo, as fears of 'another Yantian' grow 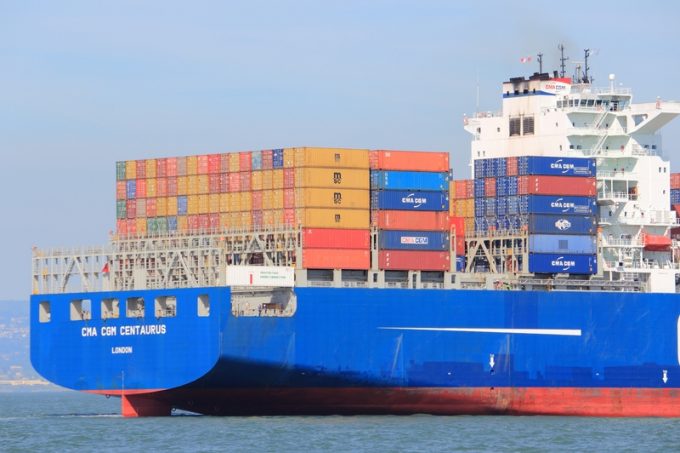 Ships are beginning to divert from Ningbo to Shanghai, following yesterday’s decision to close the Ningbo Meishan Island International Container Terminal (MSICT) due to Covid.

All operations at the terminal were suspended at 3am today, with the gate-in of export containers limited to two days of a vessel’s ETA.

CMA CGM said cargo operations on its vessels, Samson, on its PEX3 service, and Rivoli, on FAL1, which are alongside, were “temporarily on hold” until the terminal re-opened.

It added that Melisande, serving PEX3, would now call at Shanghai on August 18 or 19, and then go to Ningbo, arriving August 20 or 21. The FAL3 service’s Kerguelen would follow the same pattern, but two days earlier. CMA CGM Centaurus, on Columbus PNW, Cosco Venus (GMXP) and Kota Carum (REX2) will omit Ningbo altogether.

Hapag-Lloyd warned customers of “an expected delay” in planned sailings, while Cosco also said some ships would omit Ningbo this week.

MSICT is said to account for about 25% of the volumes at the world’s third-largest port, sparking concerns of a Yantian-style disruption to supply chains. But Ningbo’s other terminals are some distance away, indicating that the Covid case might be confined to MSICT alone.

One Chinese forwarder said he was optimistic. “Many people are receiving Covid-19 tests now, and so far there are no reports with more positive cases.

“Be optimistic; if no more Covid-19 has spread, the impact won’t be as much as at Yantian. I am very confident it won’t.”

James Wroe, Maersk’s chief operating officer for Asia Pacific, said the closure would “obviously cause direct disruption and create the risk of further congestion at surrounding ports as vessels and cargo look to divert”.

But he added that the vast majority of Maersk’s services were at Ningbo Beilun, 20-40km from Meishan, “so for the time being, we are not experiencing a major impact to our services”.

Otto Schacht, EVP sea logistics at Kuehne + Nagel, said: “The main trade focus of Meishan terminal is FEWB and TPEB. All other terminals remain open. All terminals are under heavy congestion, with an average waiting time for a berth of 2-3 days. This will increase quickly…

“[It’s] too early to tell what this means for global supply chains, but with every day [of] closure, effects will be felt soon all over the world.”

Ligentia told customers it was expecting  a delay with LCL services from/to Ningbo.”

The three-week closure of Yantian International Container Terminal following a Covid outbreak caused major disruption to supply chains. While at Ningbo there has only been one case, a reportedly vaccinated and asymptomatic staff member at the Ningbo Mei Dong container yard, China’s Covid policy has also seen restrictions at other ports, adding to the likelihood of congestion.