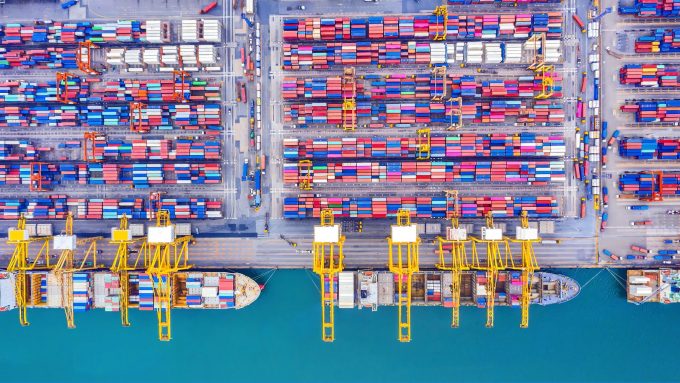 How do you pursue innovation in your company in a strategic manner? You could put a person in charge, put them in an office at the end of the hallway and forget about it.

With a bit of luck, something may transpire from there and worm its way through various departments, taking a few side roads in the process, and the end result may constitute some improvement of sorts. Or it may be that a company, such as BDP International will benefit from being acquired by CH Robinson (see more here at The Loadstar Premium).

Although it should be said that, “BDP explicitly refutes” the claim of a beneficial takeover by CH Robinson.

In fact, the Philadelphia-based forwarder BDP has, so far, taken a different approach. Towards the end of last year, it decided to establish a dedicated innovation group. Previously innovation had been conducted by cross-functional teams on a project basis.

“We saw an opportunity to have a full-time team dedicated to innovation really to allow us to drive our digital agenda, to drive closer collaboration with our customers and seek out new opportunities to drive growth in the business,” said Neil Wheeldon, who until recently served as BDP’s VP of solutions & innovation.

Early this year his team launched the company’s new innovation strategy, which is built on three pillars: the first is projects for growth – typically capital-intensive projects with a horizon of six months or more, such as a new tracking system; the second is the ‘digital factory’, where the main focus is on applications in collaboration with customers; and the third is called ‘innovation for all’, which is centred around an ideation platform created within BDP for engagement with anybody in the firm who has an idea.

Mr Wheeldon is passionate about the third element, stressing that everything that is being done in the company can be innovative. He said that over 60% of the ideas generated in this channel had helped in the operational arena.

He is in charge of the digital factory and the innovation team. There is some overlap in responsibility with the IT organisation, but generally the team is left alone and not touched by other functions or departments in the company.

Which does not mean that the innovation folks are acting in splendid isolation. They are closely aligned with the commercial organisation and work closely with other teams and with customers.

At the management level the innovation department is linked with the other parts of the company through an innovation board made up of leaders of the various departments, which convenes every two months. At these meetings board members are given demos of the latest capabilities that have been developed, are brought up to date on the road map for the projects in the pipeline, and they discuss the business cases of the capabilities that the innovation team is building.

So far, the work of the innovation team has created several new capabilities that add a lot of value to BDP as well as its customers, Mr Wheeldon said.

At the same time, the formulation of the innovation strategy offered an opportunity to revisit the company’s overall strategy and develop a perspective for the coming years. This resulted in a strategic plan focused on four core pillars – engagement – both internally and externally; innovation; growth – through organic expansion or M&A; and performance. At the end of this strategy review it emerged that it would be good to have somebody in the executive team who could be a sponsor for the plan and support innovation and growth.

This resulted in a change in Mr Wheeldon’s remit. This month he was appointed to the newly created role of chief strategy & innovation officer.

In large organisations such a role can be quite bureaucratic, but in BDP it is more of a steering role that serves to link the various teams together and drive the innovation agenda, he said.

The strategic plan is supposed to cover the next five years, but there have already been some tweaks, he reported, pointing to a verdict from the World Economic Forum that the change in the next ten years would be greater than in the past 100 years.

“Anybody who thinks you can even forecast beyond three to five years is probably out there in terms of taking a punt on the future. I would be happy if we could think further than 12 months ahead these days,” he reflected.

This calls for a great degree of flexibility and nimbleness and the ability to pivot quickly in a different direction to seize opportunities, he said, adding that it helps BDP that it is an asset-light company.

In terms of interaction with customers, the past 18 months have forced shippers to think how to build more resilient supply chains and become more sustainable, with repercussions for their collaboration with forwarders, he said.

“This reinforces the role for an organisation like BDP to be an extension of the customer to execute on the supply chain but also guide in best practices,” he said. This makes the forwarder more of a consulting partner who can help transform a supply chain and find new ways to execute on it.

Notwithstanding the commercial tensions with carriers, collaboration with that group has also intensified. “We developed some capability within BDP that’s kind of unique to us in conjunction with one of the major shipping lines and that really has helped both organisations to simplify one of our core processes,” Mr Wheeldon said.

“We really want to simplify the channels of communication, and we want to be the preferred choice for building new solutions together.”