News / Battle of the giants as Walmart Plus readies for US launch, but can it deliver? 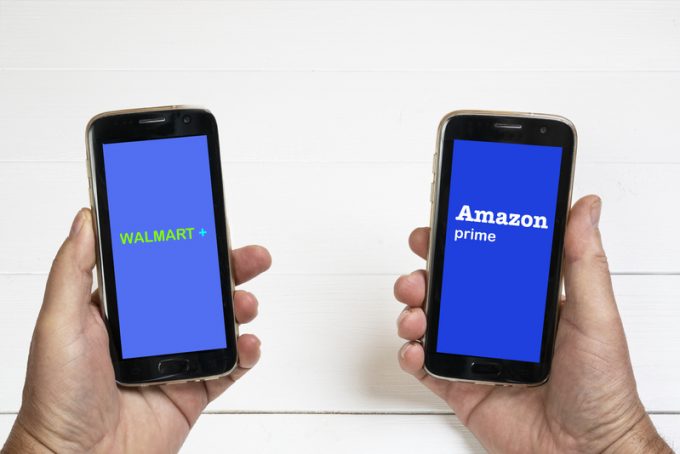 The battle of the US retail behemoths is entering another round: Walmart has announced its delayed Plus service, which offers same-day delivery to online shoppers, will go live on 15 September.

In addition, the subscription includes access to early product deals, discounts on petrol (at Walmart, Murphy USA, Murphy Express and, eventually, Sam’s Club filling stations) and touch-free shopping in Walmart stores through apps that allow scanning of goods for payment.

Walmart Plus is cheaper than Amazon Prime, which comes at $119 a year, but Walmart claims the new service is not specifically targeting Amazon.

The new offering shores up Walmart’s defences against other grocery retailers, but John Haber, CEO of shipping consultancy Spend Management, suggests: “This is an e-commerce play.”

Previously Amazon went after Walmart customers by targeting specific demographics, like pensioners with special incentives, but now the retail giant will take some customers from Amazon, he added.

The lower price and the discounts are attractive, but on the other hand, Walmart does not have video and music streaming in its package like Amazon, and Mr Haber reckons the average spend on Plus will be lower than that on Prime.

“So I think we’re going to see a lot of promotions,” he predicted.

The timing of the launch also hints at more than just a sideways glance at Amazon. Originally, Walmart intended to roll out Plus in the spring, but this was postponed due the outbreak of Covid-19. The revised launch was supposed to happen before the end of July, but it took Walmart longer to prepare, for reasons it wouldn’t disclose.

Now, by launching mid-September, Walmart Plus will be well established before the Black Friday and holiday shopping seasons – and in place before ‘Amazon Day’, set for early October.

As the launch announcement receded, observers questioned whether Walmart had concerns about delivery capabilities. According to some sources, FedEx was supposed to carry a considerable volume of the Plus traffic, but the integrator has struggled with e-commerce volumes – like all its competitors.

Walmart has released no details of delivery arrangements and Mr Haber doubts that any of the parcel firms have the capacity to deliver the likely volumes within the targeted windows. He expects the bulk of the volume to be carried through crowd-sourced solutions, pointing to ferocious competition for work in the pandemic-ravaged US, where unemployment is in the double-digit range.

Drivers who used to work for Uber or Lyft, and have seen demand for rides shrivel up, are prime contenders, he said.

He pointed to a report of a scheme in the Chicago area, where people place smartphones in trees near dispatch centres for Amazon subsidiary Whole Foods. Drivers in on the scheme sync their phones with these devices to get a head start to respond to offers for fast-delivery jobs. These offers are dispatched by an automated system that detects which drivers that respond are closest.

Walmart’s record with home deliveries has not been impressive, and several partners, including Uber, Lyft and Skipcart, have severed ties with the retail firm.

“The jury is still out how good Walmart are with crowd-sourced drivers,” Mr Haber said. “Customer experience will drive this. If it isn’t good, the sales will reflect that.”