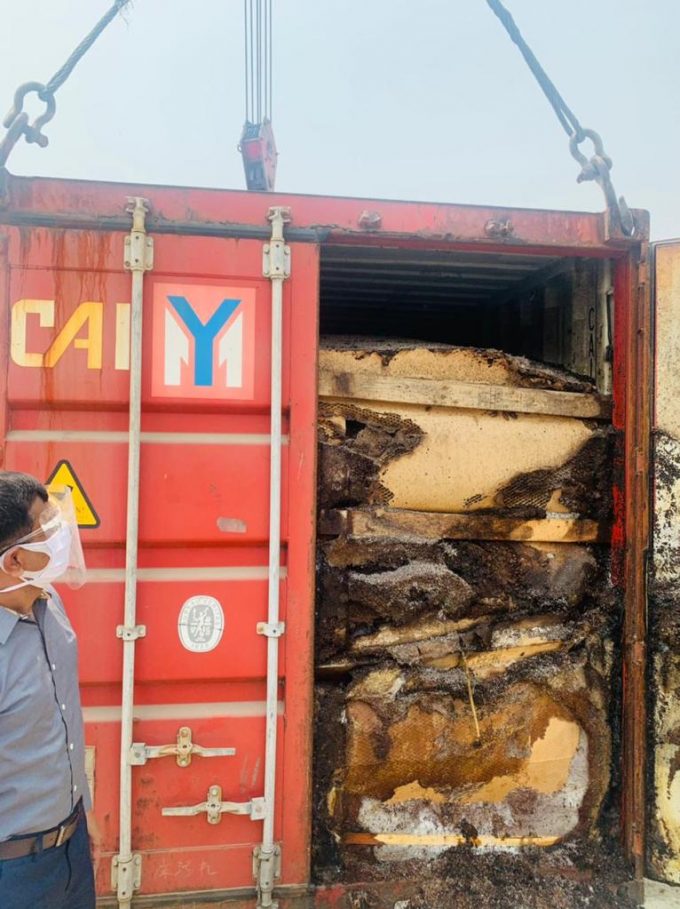 Bangladesh is freeing-up of hundreds of containers that have remained undelivered for years and occupy valuable space at Chittagong port and depots.

Chittagong Customs and the Chittagong Port Authority started work this morning to make the containers available and free yard space, amid worldwide shortages of equipment.

Several hundred containers laden with rotten and expired goods are lying at the port and off-dock yards, after importers failed to take delivery. Overall, today, some 7,379 teu of containers are awaiting auction.

Shipping agents said the latest move would put some 300 containers back into circulation.

Chittagong Port Authority (CPA) is empowered to auction goods-laden containers within 45 days of the landing date. After that, the CPA hands over any such containers to the customs department, which is responsible for the auction and disposal of rotten or outdated goods.

Since the Covid-19 pandemic hit last year, shipping lines have suffered from a lack of equipment. Bangladesh’s export market has been particularly hampered by the lack of 40ft high-cube containers.

“Consignees’ lack of action to take delivery of imported cargo not only harms carriers, but [they] occupy the most valuable yard spaces, putting pressure on space management during peak seasons,” he said.

“Some containers date back so many years that eventually they become unusable, a total loss to carriers, even after the destruction of the cargo.

“But the return of the [functioning] units to fleets will certainly benefit carriers that have been suffering equipment shortages across Asia for half a year,” he told The Loadstar. 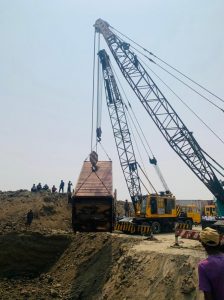 The port authority and customs begin the clear up Copyright: Khaled Siraj

A senior CPA official said the disposal of rotten and outdated cargo from containers had been delayed due to various factors.

But while exporters may be pleased to learn there are more containers in the system, new lockdown regulations could affect the country’s output, with rules that factories can only operate with half the normal staff numbers.

“We urge the government to keep the export-oriented industry outside the latest directives,” said first vice president of Bangladesh Knitwear Manufacturers and Exporters Association Mohammad Hatem.

“Employing half of the workers will have severe consequences to the industry and economy,” he told The Loadstar.

On Monday, some 5,181 new Covid-19 cases were detected, the highest in Bangladesh so far. Some 45 people died on the day.