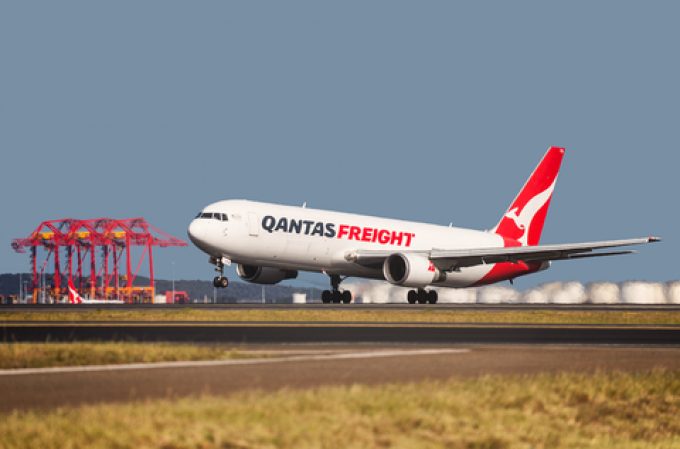 Australian freight forwarders need to work together to consolidate cargo and “defend” the country’s agricultural exports.

In a briefing with forwarders on Tuesday, Michael Byrne, former MD of Toll Group and now IFAM coordinator general, said this meant the only way to uplift cargo was to pool shipments.

“There are no international passenger flights flying into North Queensland, Adelaide, Perth or Tasmania,” said Mr Byrne. “Where everyone could get their one tonne, half-tonne or 400kg onto a plane before, now they can’t, because the price would be more than the value of the freight.

“So we have to aggregate and consolidate into blocks [of 10 tonnes].

“However, some airlines don’t even want to do blocks; there’s one that’s so busy around the world, it only wants to do four charters,” he added.

To date, IFAM has lifted blocks of cargo totalling 6,600 tonnes on 149 flights, at a cost of A$7.2m, and Mr Byrne said negotiations were underway with Qantas and Singapore Airlines to start charter flights on four routes.

A tender process was undertaken to select the nine airlines and six forwarders involved in IFAM’s flights, but Mr Byrne said any forwarder or exporter could gain access to the subsidies if they could “show the strategic and financial value of them in the interests of the country.”

But numerous companies have apparently asked for “across the board” subsidies, and raised concerns over IFAM’s pre-selected forwarders “poaching” their customers.

Mr Byrne said: “We’re not doing across the board subsidies because the $100m would last two weeks. We’re only going to get through this as a team; everyone’s your friend – the bloke you hated down the street you’ve never talked to before? He’s now your friend, because we have to aggregate and consolidate.

“Bad behavior, poaching, gouging, inflating prices, breaking deals and not honoring your word will not be accepted.”

“That’s putting your head in your hands and not facing reality. Businesses need to be innovative and imaginative to try and do things differently. The way we were working eight weeks ago is not going to get us where we need to be now, to defend those export markets and protect the rural and country towns.”