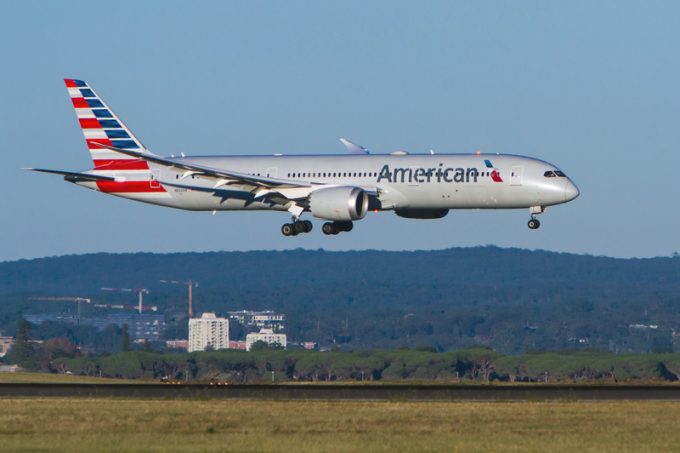 American Airlines has suspended cargo flights to Australia, due to the country’s cap on passenger numbers – and other carriers are expected to follow suit.

Last month, after the Australian government halved arrivals to 3,000 a week, American announced it would suspend passenger flights for two months from 1 September.

The airline was hoping to continue its “very successful” all-cargo flights, but on Thursday told agents all its aircraft were needed in the northern hemisphere, where an upsurge in tourism had created “unprecedented demand for wide-body passenger aircraft, into regions normally serviced by narrow-body planes.”

Sara Hales, head of air cargo at the Freight & Trade Alliance and director at Avistra, warned Australia’s aviation recovery was now falling behind the rest of the world.

“While July’s passenger cap reduction is understood to have been in the best interest of protecting the Australian population…the result is that Australia is even less attractive as a place to deploy aircraft.

“Demanding high aircraft hours and offering next-to-zero returns at a time when the northern hemisphere is rebounding strongly, means Australia is likely to lose more foreign fleets while our borders are closed.”

Indeed, freight forwarder Speedmark noted that, while the continuation of the IFAM subsidy scheme would provide a lifeline for perishables exporters, capacity this month was already down 20% overall, and 30% to some Asian markets.

Johan Sandahl, director air logistics at Speedmark Australia, added: “Capacity is fairly tight on all outbound lanes and the current situation, with carriers reducing capacity or postponing flights, will no doubt cause further capacity issues and drive up rates.”

According to Greg Mckillop, owner of Southern Cross Cargo, China Eastern has pulled its Australia service this week and he is expecting the market to get even more challenging in the run-up to China’s Golden Week.

He told The Loadstar: “We are still securing bookings, but at increased rates, and it takes a lot more dialogue with customers, given the need to make a quick decision to secure the space.”

Meanwhile, Sean Crook, director at Neolink, said most of his customers had already switched to ocean freight, adding: “The lack of services and increase in airfreight rates has just made it unviable. Some of our perishables supply chains that rely 100% on airfreight have seen volumes drop significantly, due to the lack of services.”

On the other hand, Mr Crook said, Neolink’s ocean freight orders had increased 45% month on month, after encouraging customers to plan ahead for the second half to “ensure they are not caught out going into Christmas”.

He added: “Largely our message has been well-received by our clients, as we see more of them looking to invest and hold stock earlier than usual. However, that was before the latest fiasco in Ningbo Port.”

The pandemic has created shorter supply chains and a trend towards sea-air cargo, according to ...