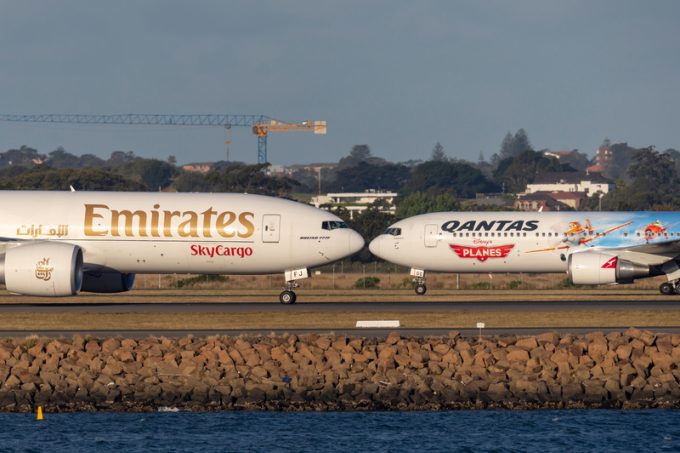 Subsidies are continuing to prop up Australasian air cargo markets – but capacity challenges remain for importers and exporters.

In Australia, the International Freight Assistance Mechanism (IFAM) is due to end in September, but forwarders are warning of potential fallout if subsidies aren’t extended.

The International Forwarders & Customs Brokers Association of Australia (IFCBAA) said it had “concerns for airfreight capacity and rates,” noting 13,726 IFAM-supported flights, serving 67 destinations from nine locations, with an expected cost of A$800m (US$620m).

The association said the subsidy had covered around one-third of the airfreight cost for the horticulture, seafood, lamb, beef, pork and dairy sectors, allowing them to sustain overseas markets.

“Airfreight rates are at two-to-six times pre-Covid, depending on origin and destination, and are not expected to return to previous levels when borders re-open and more passenger flights return,” said the IFCBAA.

“The reality for exporters in September is whether they can maintain their markets with less capacity available, higher freight rates and 30-35% more freight cost.”

On the import side, IFCBAA said, air cargo was “at capacity on all flights, with additional freighters supporting the booming e-commerce market”.

It added: “The disrupted ocean cargo schedules post-Suez blockage, booming imports and full ships are also causing a compounding of airfreight congestion, where just-in-time supply chain demands conflict with shipping delays and airfreight is used as back up.”

Indeed, the association explained, delays were occurring at major transit hubs in Asia, due to backlogs, with decisions on connecting flights to Australia “in the hands of headquarters staff who usually prioritise loading the highest-yielding cargo”.

Chris Edwards, group MD at Auckland-based Go Air Land Sea Logistics, told The Loadstar: “Melbourne has just announced a seven-day lockdown, so that probably means next to no space there now.

“Capacity between Australia and New Zealand had been improving, with rates stabilising, as there is a travel ‘bubble’ between the countries; so there is more belly space, but rates remain high.

“Airfreight from Europe to New Zealand is hopelessly congested, with wait times of up to three weeks to move general cargo. Express is the only way to get something moving currently, and rates remain high with demand exceeding supply.

“Also, the suspension of China Airlines flights [due to a Covid outbreak] is hurting ex-EU and US, while Air New Zealand has announced rate increases, as the government subsidy contribution is being lowered, apparently.”