News / As air freight rates start to fall, how long can passenger-freighters stay in the air? 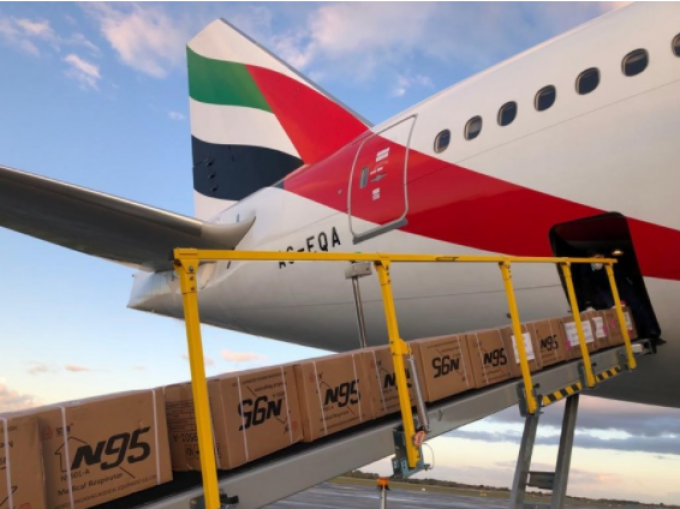 Air freight rates have started to fall, triggering a debate on how long the ‘new’ capacity might stay in the market.

According to the latest TAC Index data, rates per kg from China to the US are down some 5%, to $5.09 all in, while to Europe they have edged down to $4.06 – despite fuel prices creeping up.

They still, however, remain ‘elevated’, with ‘normal’ February rates traditionally below $4 to the US and $3 to Europe.

As Emirates celebrated one year of flying passenger-freighters, however, market observers wondered at what freight rate the additional, less-economical capacity would need to be grounded.

“If rates go any further into decline, carriers will simply stop flying the passenger-freighters, and pure freighters for that matter, on the routes,” said one forwarder. “So I can’t see them softening that much. China/Hong Kong is still fairly dynamic.”

According to Dorothea von Boxberg, chief executive of Lufthansa Cargo, 777-300ERs are the best aircraft type for cargo-only operations, followed by the A330. Less than 20% of 777-300ERs and 787s are parked in deserts now, according to flight radar data, against an average of about 36% of all widebody passenger aircraft.

But cargo departments are having to fight with their passenger colleagues over deployment of the popular 777s, noted Ms von Boxberg.

Analysts agreed that there could be a risk of softer market rates threatening the additional capacity – or that rising fuel prices might become a burden for older freighter operators, which have dusted off the desert sand to rejoin the market, leaving it empty of a single operational freighter, according to one consultant.

“There is a lot of very expensive capacity in the air now – really old aircraft which wouldn’t fly if yields were lower, so that capacity will come out of the market,” predicted Ms von Boxberg.

But one analyst added: “Yields are still very strong though, we are not at that point yet.”

Emirates, meanwhile, made no mention of the A380 it announced in November would be operating cargo-only flights. At the time, it declined to answer The Loadstar’s questions on the economics of operating an A380 using just the belly for cargo, and has not mentioned the aircraft since. More than 90% of the world’s A380s are currently grounded, according to flight data.

Meanwhile, new data from Eurcontrol reveals the extent of the market changes. In a snapshot of Europe, it revealed that, in February 2019, there were 61 high-frequency (three return flights a day) long-haul connections from Europe. It is now just 19 – down 69%.

Eurocontrol’s map (below) also shows how current demand simply cannot support high-frequency flights. Heathrow’s high-frequency flights fell from 25 routes to seven. Madrid, Lisbon, Dublin, Rome and Zurich have no routes over the threshold at all – although, noted Eurocontrol, “the strength of cargo means that Luxembourg is a new entry on the map”.

Lack of passengers will likely prevent those high-frequency flights returning for some time, but one forwarder said he thought the current air cargo market would tighten, keeping less-economic ‘cargo’ aircraft in the skies.

“The market is expected to pick up – with stores opening, certainly in the UK, and softening of lockdowns (in Europe and US), and with the continued poor performance of ocean freight and the chaos there, it is likely to rise again in April as demand increases. And, traditionally, Easter gets busy anyway in a normal year,” he added.

Which is good for airlines, although shippers continue to be caught between the rock and hard place of high rates and low capacity – or both.