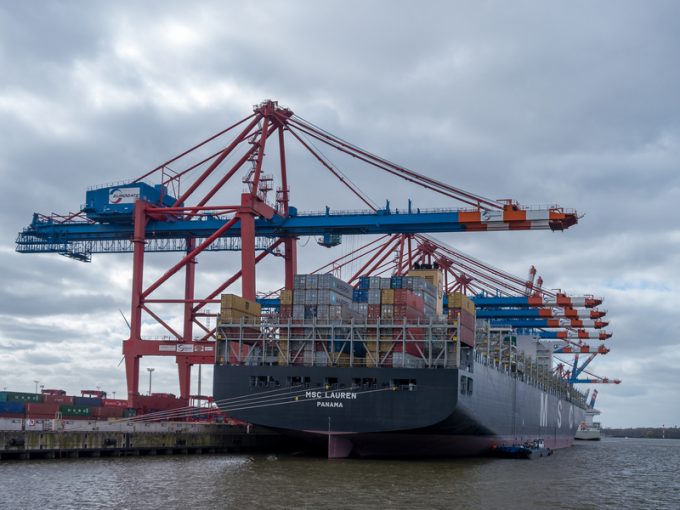 2M partners Maersk and MSC are to extend the suspension of their AE2/Swan Asia-North Europe and AE20/Dragon Asia-Mediterranean loops into the peak season.

And rivals THE Alliance and Ocean Alliance have also announced service suspensions and blankings for the third quarter, including the former extending the suspension of its FE4 loop until the end of September.

This mid-term blanking strategy by the 2M, no doubt decided after feedback from major volume customers, effectively rules out the prospect of any traditional peak season demand surge this year, and confirms the end of any lingering hope of a v-shaped recovery for the trade.

The extended suspensions will mean the 2M blanking an additional 13 round-trip voyages through the third quarter, removing an estimated 22% of capacity on the two trades.

The carriers said the service suspensions was a “prudent response to the decline in demand amid Covid-19”.

MSC added neither loop would be reinstated “until further notice”, suggesting the suspensions could become permanent.

But it added: “In order to accommodate the small, gradual recovery in cargo volume at this stage, MSC is pleased to announce the introduction of the Griffin service, spanning a combination of Asia-Mediterranean and Asia-North Europe port calls.”

The 2M service is expected to commence in the second half of June on the following rotation: Shanghai-Ningbo-Yantian-Singapore-Tanjung Pelepas-Port Said-Rotterdam-Antwerp-Shanghai.

“However, it will only sail if demand is gradually growing,” added MSC.

After the withdrawal of around 30% of all advertised sailings in May to underpin freight rates, shippers have complained of a succession of rollovers that has disrupted the supply chains of even the biggest-volume customers.

One UK shipper told The Loadstar today he thought Maersk and MSC were adding the service to appease their big customers.

“I know they have had quite a battering from the big forwarders in the last couple of weeks over split shipments, so whether they actually run the service or not, at least they can say they have a contingency in place in case there is a bit of a demand spike during the summer,” he said.

SeaIntelligence Consulting founder Lars Jensen said although the vessels to be deployed on the service had not so far been revealed, it could bring down the 2M’s capacity reduction on the two trades from 22% to 15-18%.

“Overall, the 2M and other alliances have announced the blanking of 75 sailings for Q3,” added Mr Jensen.

Over 120 idled containerships have been reactivated since 22 June, according to Alphaliner, as green ...

European exporters still up against it, but equipment shortages are easing