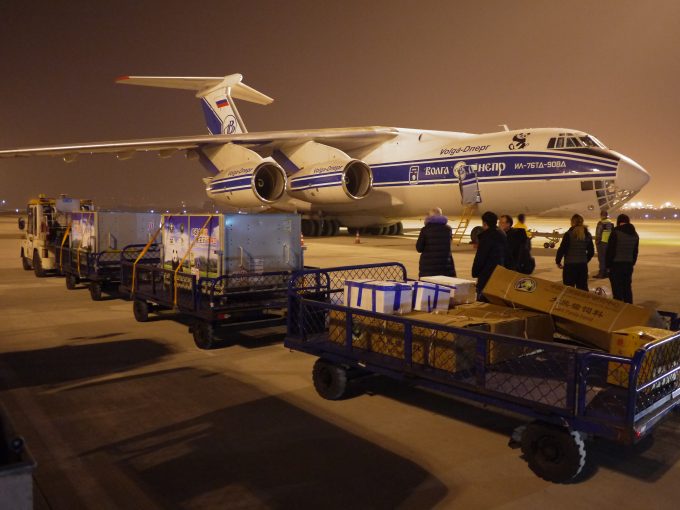 The founder of Volga-Dnepr Airlines, Alexei Isaikin, has left the company following a management buyout.

The MBO happened after he was placed on a UK sanctions list, and his UK companies could be dissolved.

The Russian airline, which continues to operate in many parts of the world, including India, Bangladesh, China and Vietnam, will be run by a Russian management team.

The airline said Mr Isaikin “handed over the company, which he had been developing for more than 32 years, “for obvious reasons”.

A source close to the company said they “could not imagine how hard it is to lose everything you’ve built”.

Two of his UK companies look set to be dissolved by authorities. Cargo Logic Holding, of which Mr Isaikin is still a director, will be struck off the business register and dissolved on 27 November, “unless cause is shown to the contrary”. Volga-Dnepr UK could be dissolved on 25 December.

Both companies have failed to file documents with the UK government and if they are dissolved, “all property and rights … will belong to the crown”.

The Volga-Dnepr group of airlines has a complex ownership and corporate structure spanning the UAE, Netherlands and Ireland, among other countries. Mr Isaikin is thought to have withdrawn from all Russian and foreign ownership of the airlines, which, according to Russian media, may enable the non-Russian airlines to start working again.

According to Russian paper Kommersant, the group could re-start negotiations with Etihad on a joint-venture and see AirBridgeCargo’s fleet return to the market.

One of the sticking points was thought to be the aircraft lessors, but the Russian paper said that at least one, China’s BOC Aviation, had consented to the move. However, Russia has not given permission for the aircraft to be exported, the newspaper added.

However, a source at the carrier was downbeat, noting that “it’s all shit”, and there was “no official news”.