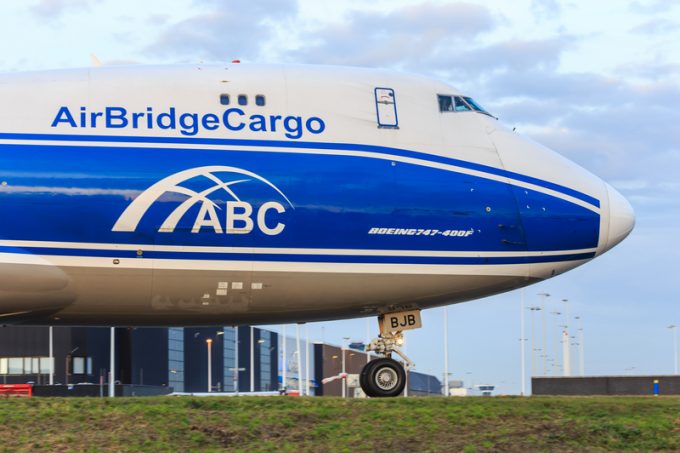 Secret talks are under way to save AirBridgeCargo’s fleet and staff via a deal with Etihad Cargo.

The pair are said to be looking at ways to transfer the 747 fleet to Etihad’s AOC and set up a new entity for the aircraft, with remaining crew and staff moved to Abu Dhabi and European operations relaunched.

AirBridgeCargo has a fleet of 16 747s, 10 of which are leased with six leasing companies. A source said the plan was to buy all the aircraft on financial leases.

The deal could be attractive to lessors, if it is legal.

Lessors have been trying to reclaim their aircraft, which are parked in Moscow. However, in various filings, they have admitted they are unlikely to be able to recoup the aircraft as Moscow passed a law forcing them to remain in Russia.

AerCap filed a lawsuit in the UK last month requesting damages from Volga-Dnepr Group for breach of contract and legal fees of $339m, for eight aircraft, and in the US courts, BOC Aviation is suing AirBridgeCargo, but both parties asked the judge for an extension on 9 June, saying talks were continuing.

“Plaintiff, BOC Aviation and AirBridge are involved in ongoing discussions to reach an amicable resolution of this lawsuit. We expect those discussions, as well as the memorialisation and execution of any agreement reached as a result, to extend beyond 21 June 2022. To avoid wasting the time and resources of both the parties and the court, the parties jointly and respectfully request that the deadline for AirBridge to respond to the complaint be adjourned from 10 June to 11 July and that the status conference be adjourned to a convenient date thereafter.” It was the third extension request, and was granted.

A source said the deal with Etihad would be discussed at the carrier’s board meeting next week and that ABC staff were already in Abu Dhabi.

The new Etihad unit would, effectively, be the same AirBridgeCargo, with sales conducted by a new entity made up of Volga-Dnepr Group’s former European GSA, AirFreight Logistics, a Luxembourg-registered company.

Sources said, however, that the deal was sensitive and Etihad would be undertaking considerable due diligence to ensure no sanctions are broken. One source close to the company said ABC founder Alexei Isaikin’s placement last week on the UK sanctions list could hamper the process, adding: “Etihad will not take any political risk, but it wants to take the aircraft onto its AOC.”

Another source said: “Etihad has deep pockets, and wouldn‘t attempt this if there was no chance to earn, or if it wasn‘t legal.”

Relations between the UAE and Russia are delicate, with the Middle Eastern country trying to appear neutral over Ukraine. It abstained from an initial UN Security Council resolution condemning Russia’s invasion, but later voted for it, fearful of upsetting the US.

The UAE, which is offering visas to non-sanctioned Russians, has seen a surge in arrivals from Russia in the past three months, while many companies with staff in Russia are relocating them to the UAE. Many of AirBridgeCargo’s Russia-based staff are now thought to be in the UAE.

One source said the deal would “save the company”, while another told The Loadstar in March that ABC was looking at any legal ways to continue to operate.

“We are an extremely creative company, but anything we do has to be clean. It cannot be dirty, it must be legal. We have lots of working groups to try to find solutions and we are in discussions with lessors. But it’s going to take a while to figure out what we can do.”

Etihad responded to The Loadstar’s questions this morning, saying: “In the ordinary course of business, we continuously evaluate potential business opportunities.

“Due to the confidential nature of any such evaluations, we hope for your understanding that we can’t confirm or comment on your questions.”

Etihad currently operates five 777 freighters, but in line with many freighter operators has expressed concern over the future lack of nose-loading 747s now production has ended.

A deal which saw it take on ABC’s fleet would be something of a coup for the airline, although a revenue-sharing agreement is expected – if legally possible.