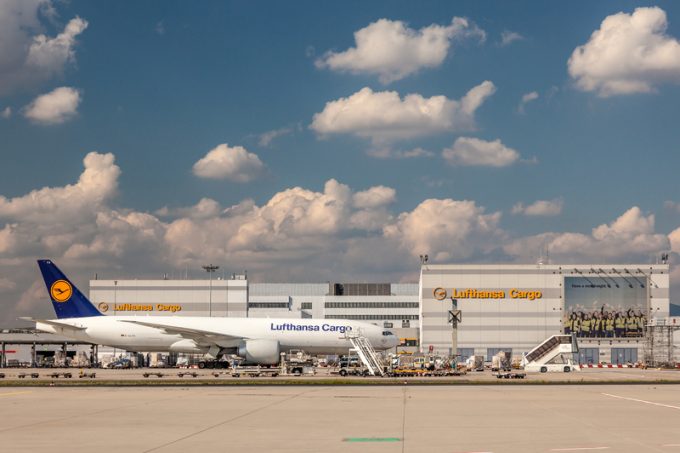 It may be temporary, but much of the boardroom power in aviation has finally fallen to cargo; driving route decisions, baggage policies – and cashflow.

In 2019, the cargo subsidiary only accounted for 6.8% of group revenue (against an industry average of 10%-12%, by some calculations), but last year, cargo accounted for 20%.

“Only Lufthansa Cargo made a positive contribution to earnings, reporting a record result,” noted the annual report – and that despite only 20% of the group’s long-haul fleet flying.

While The Loadstar will look in more detail at the results next week, Dorothea von Boxberg, the new CEO of Lufthansa Cargo, said yesterday cargo was very much in the driving seat in the group currently, although she added that last year’s results were unlikely to be repeated.

She said the passenger market was still “very difficult – most flights are flying because of a good cargo operation,” she said, explaining that the cargo and passenger businesses now had “very close collaboration”, discussing issues that weren’t presented to cargo before: on “aircraft types, days of the week”, she added.

“We now have baggage policies which leave more space for containerised cargo; that’s unheard of.”

Perhaps the biggest concession to cargo, however, is a passenger flight to South America that stops off in Bogota “to load more cargo. That is completely unheard of, it just doesn’t happen. It’s great for the cargo team”.

Meanwhile, Qatar Airways Cargo claims it is now supplying its parent with 80% of total revenues, while its cargo flights have increased from 60 a day before the pandemic, to 180. CEO Guillaume Halleux told The Loadstar the fact that Qatar had some 200 daily passenger flights now was “only possible because of the cargo contribution”.

And he believes the change in dynamic within combination airlines could be here to stay.

“I hope passenger flights come back to normal operations soon, as that is our business model. Once that happens, cargo will benefit.

“There has been a lot of the spotlight on cargo. Until now, only a few CFOs and CEOs knew about it. We were already very cargo-minded; it makes a contribution to the bottom line.”

Respect for cargo doesn’t include allowing it to keep its contributions however. As Ms von Boxberg points out, cargo is not always profitable and has to be bailed out itself from time to time.

“The money goes to the group,” she said. “Yes, we will also invest, but we are not always cashflow-positive. But right now, we are investing in the group.”

She also noted that cargo staff had shown “solidarity” with their passenger colleagues and taken pay cuts, despite record profits, for which she was “very grateful”.

And Ms von Boxberg has an eye on the future: she pointed out that a downturn was inevitable in a cyclical business, and the carrier had to prepare for that. 2020 saw a cut in costs of €539m, in part a consequence of less tonnage.

“We are trying to improve our cost position so that we can make sure there are OK years, but not really bad years. The aim is to have a certain amount of flexibility, and to make ourselves lean and efficient.

“How long will this [good cycle] last? It’s hard to tell – but it’s probably shorter than you think, because the good times never last in air freight.”