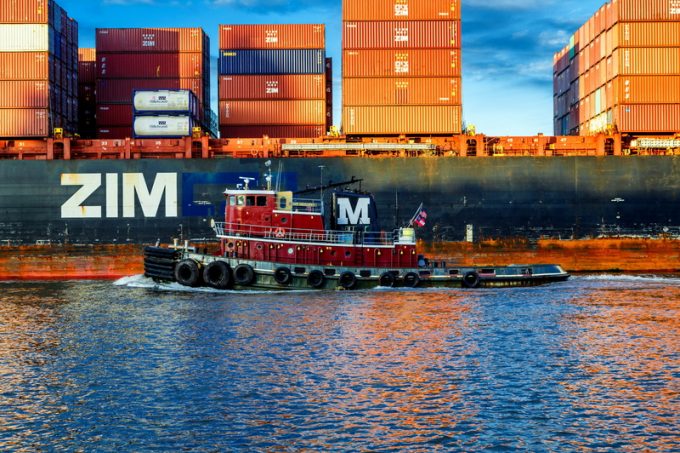 Israeli liner operator Zim has confirmed to The Loadstar that it will charter two neo-panamax ships from Thai intra-Asia carrier Regional Container Lines.

It is rare for liner operators to charter their ships to rivals, although Yang Ming recently re-let a chartered-in vessel, Express Berlin, to Maersk Line.

The ships RCL is chartering to Zim are 11,800 teu newbuilding resales that the Thai company purchased from Japanese tonnage provider Shoei Kisen Kaisha, whose affiliate, Imabari Shipbuilding, is constructing them for delivery in September 2022 and January 2023.

A Zim spokesperson said: “We can confirm the chartering deal for two 11,800 teu vessels with RCL for a five-year period. The vessels will serve in the Asia-Pacific north-west trade.”

The spokesperson added that the move was “in line with Zim’s primary strategy of chartering-in the vast majority of our vessels”.

The ships will be named Santi Bhum and Thitti Bhum.

On Monday, RCL announced that it had increased the paid-up capital of the vessels’ individual owning special purpose vehicles from $309,471 each to $14.64m each to comply with conditions set by the Export-Import Bank of Thailand.

Initially, it was thought RCL was intending to deploy the ships on its Asia-Persian Gulf service, but the opportunity to secure charter revenue turned out to be more attractive. While the charter rate was not disclosed, The Loadstar understands that it is close to $65,000/day.

In February, after three earlier unsuccessful attempts, Zim was listed on the New York Stock Exchange after an initial public offering which raised $217.5m that will be used to purchase more containers.

In September, the carrier also committed to a 12-year charter of 15 7,000 teu ships Seaspan Corporation ordered from Yangzijiang Shipbuilding, for delivery between 2023 and 2024.

While Zim charters many of its operated ships, the company has also purchased vessels amid the market upcycle. Last month president and CEO Eli Glickman confirmed it had bought seven ships built between 2007-2009 – five of 4,250 teu and two of 1,100 teu– for a total of $320m.