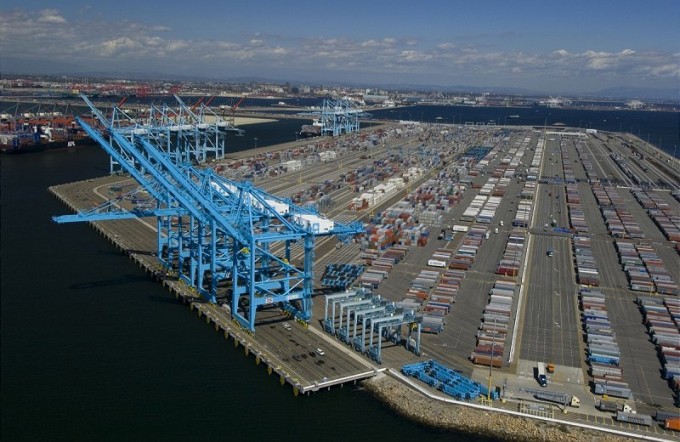 The spectre of a repeat of last year’s congestion is beginning to rise on the US west coast as ocean container dwell times at major gateways have increased in recent weeks and the availability of rail equipment and chassis has decreased.

Ports and terminal operators are raising the alarm over rising container dwell times caused by lack of rail equipment, which has forced them to slow unloading of containerships.

At the port of Long Beach concerns are mounting that terminals are running out of room to accommodate incoming shipments as boxes stay longer on site before they get moved to the interior.

Average container dwell times at Long Beach rose from 3.5 days in January to 5.2 days the following month, the Pacific Merchant Shipping Association (PMSA) reported. According to the port authority, they deteriorated further in March to about seven days.

The problem is not confined to the port complex of Los Angeles and Long Beach, but has spread up the coast to Oakland and the Northwest Seaports Alliance of Seattle and Tacoma.

The problems are rooted in a discrepancy between import growth and available rail equipment.

Imports rose from January to February to reach new heights. PMSA data shows year-on-year increases in container volumes at the major west coast gateways, but rail operators Union Pacific and Burlington Northern Santa (BNSF) have been slow to bring more rail cars and locomotives to the coast. Some sources have reported that rail ramps in the interior are also showing signs of congestion.

BNSF told customers: “Major service interruptions during the past few months, particularly in Southern California as well as along our Southern Transcon route through the south-west and into the central plains, also impacted velocity and our ability to effectively align resources with freight volumes.”

The problem has been aggravated by the imbalance in US trade, which worsened in recent months. Some observers have accused the rail companies of being reluctant to move empty rail cars to the coast to make up for the shortfall of capacity at the ports.

But there have also been signs of problems in the interior, notably availability of chassis at major rail hubs. Tight chassis availability has been a major bugbear in the US for months. Container lines and terminals have repeatedly blamed importers for holding on to them longer than usual because of lack of warehouse capacity, and they have justified detention and demurrage charges with the need to accelerate the velocity of box movements.

On top of these problems, importers are getting nervous about possible disruption of flows through west coast gateways from the contract negotiations between terminal operators and longshoremen, set to open in mid-May.

Forwarders and importers have shifted some of their inbound traffic from Asia to ports along the eastern seaboard, or in the Gulf of Mexico. According to IHS Markit, the west coast’s share of container imports from Asia dropped to its lowest level in February, at 58.2% from 62% last year.

In its latest report on container shipping, consultancy McKinsey advises importers to show flexibility in their routing and move more cargo through gateways other than the west coast. In the long term, they should consider shifting supply chains away from the Asia-Pacific region and perhaps re-shore production entirely.

Even if they can avoid serious disruption, importers through the west coast are facing the prospect of continued elevated pricing, the McKinsey report warns. Its authors suggest freight rates will remain at high levels until the congestion has been alleviated. By their estimates, the congestion has effectively reduced transpacific containership capacity by almost 25%.

Demand for imports remains high, as consumers have not yet shown the anticipated shift from purchasing goods to spending on services and entertainment, McKinsey pointed out.

If current congestion levels do not retreat before the end of the year, ocean shipping rates will likely be 25% to 50% above 2019 levels through 2023, the report warns.