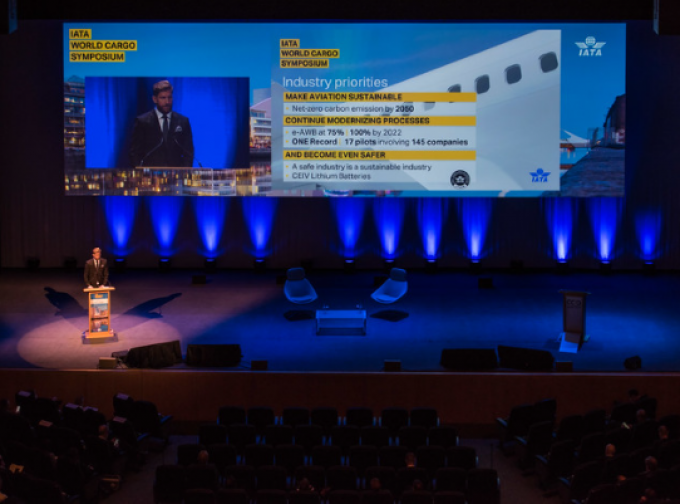 Events are back. Nearly. This week’s World Cargo Symposium in Dublin – a recent change of venue from Istanbul – is the first major international air cargo event since the pandemic and was, well, different from normal.

And in many ways, better.

But in some ways worse. Ireland still has Covid restrictions in place: mask wearing; social distancing (no hugging, no adjacent chairs in the conference); and the challenging rule of ‘no drinking while standing up’ (insert your own joke here), which made the opening networking get-together peculiar, to say the least.

Early pub closures were also disappointing in the evenings (but made for a clearer head next morning). And mask-wearing gets tiresome and limits your ability to both recognise and speak to people you haven’t seen for a long time.

But these were the only issues in the negative category. Attendance was, of course, lower and primarily European. IATA said it had sold about 700 tickets, but about 100 were online-only and there were a lot of no-shows. Perhaps 400 people came.

The smaller size meant the conference – billed as a “hybrid event” – was more manageable. You bumped into everyone. And there was less conference and more free time than normal, which is certainly a plus, when you just want to talk to people again. And people did want to talk.

But there were other differences – namely IATA itself. Willie Walsh, the new director general and former IAG chief, is outspoken, forthright and understands cargo. I am struggling even to remember the name of the French bloke who came before; while before him, Cathay’s Tony Tyler was a nice fella but seemed, perhaps, a tad workshy.

Mr Walsh is going to be hitting the headlines for the airlines, and he certainly doesn’t hold back. But he is very much an airline guy and, judging by his day one attacks on airports and fuel providers, there could be some fractious relationships between the various stakeholders. But it’ll at least be fun to watch.

And then there is Brendan Sullivan, the new head of IATA Cargo. He came across as gentle, intelligent – and a dapper dresser. Perhaps his biggest mark was on the content, which was significantly different from normal. And better.

It was simplified into just three areas: digitisation; sustainability; and safety & security. Never has sustainability had so much attention. It is one of the industry’s biggest challenges, but has never had its moment in the spotlight. Now it is central to every conversation, as it should be.

With the success of cargo now intricately linked to the passenger market, IATA also offered up Nick Careen, senior VP operations, safety and security, who seemed more sure-footed talking about passengers than he ever has about cargo. And it was interesting to hear why the passenger market remains so bad (although once you’ve travelled, you understand).

This year, he said, international passenger markets were at about 22% of 2019 levels. And while there will be gradual improvements as next year progresses, there is no international standardisation, which is hampering the re-growth.

“[Covid] measures are not harmonised. It’s a mess. It’s confusing to travel. There is no consistency. In 38 travel markets, 50 countries have different requirements,” he pointed out.

And indeed, as the event wound down, earnest discussions about passenger locator forms, day-2 testing requirements and PCRs, wound up.

Travelling remains a pain in the arse. But it was worth every hour of form-filling and nasal swabbing just to reconnect – and have conversations that were way more interesting than they were in, say, 2019.

Welcome back, air cargo people. We missed you. 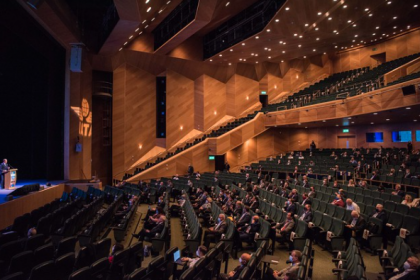 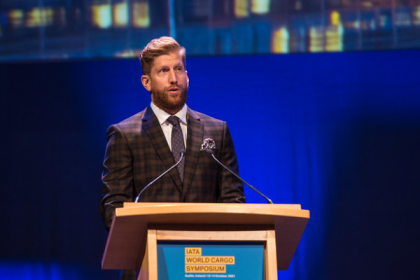 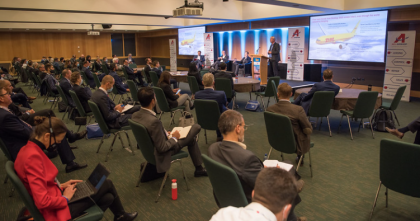 You can see all IATA’s photos from the event here.