News / Warning to shippers: expect high freight rates and disruption to last a while 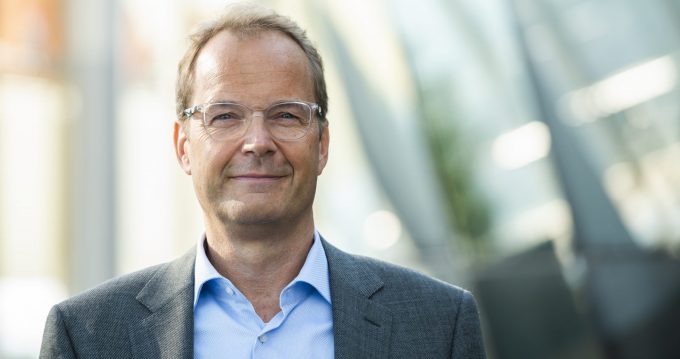 Shippers should expect higher freight rates, long-term – and also not expect much easing in the market until Chinese New Year 2022 and ‘normality’ in 2023.

The warning comes from Tim Scharwath, CEO of DHL Global Forwarding, in an exclusive interview on The Loadstar Podcast this month.

Mr Scharwath, himself facing a long wait for kitchen appliances, said that while there had been additional disruptions, the majority of pressure was Covid-related.

“I don’t believe we will see the disruption go away this year, it’ll be at least until Chinese New Year – and then we will have to see how Covid has developed.

“In 2023, carriers will have more capacity in the market, which should, theoretically, ease the way of working. But we don’t know how demand will look then.”

“Don’t gamble on short-term drops in rates,” he warned. “Think in longer terms – and have a good relationship with your forwarder.”

He added that rates had historically been too low and that “we need overall higher freight rates. I think this will happen after 2023; it’ll be a higher rate level than 2019.”

Pointing to the “not so good service quality of our carrier partners”, he also warned that modal shift couldn’t fully relieve the pressure on shippers.

“Modal shift has been ongoing for months,” he said, “some customers are so desperate they will pay the higher rate. But when there is a shift from ocean to air, it overwhelms air, which then gets worse again. And there have been record numbers in rail – but there is better service quality than in ocean right now.

And also on this month’s podcast, Judah Levine, research lead at Freightos, warns that ocean freight might get worse before it gets better.

“In the current climate, softening is a relative term. We are about to hit the peak season, but we’ve already had three different monthly records set, in October, March and May. Normally, with disruption, there is some capacity to fill in. But all available capacity has been activated.”

But more capacity will come onstream – eventually, he adds.

And Jan Tiedemann, senior shipping analyst at Alphaliner, explains the pros and cons of bigger ships, and points to an increased interest from cargo owners on greener fuels, which could change the market.

Nick Savvides, The Loadstar news editor, added that larger ships had put pressure on port and inland infrastructure, while there was also a chance that their new architecture  – combined with old lashing techniques – could have led to greater cargo losses.

You can listen to July’s The Loadstar Podcast here.

In this sponsored episode Nick Savvides, The Loadstar news editor, tackles some of the big ...

This episode focuses on Europe where war, Covid, inflation and a cost-of-living crisis are taking ...