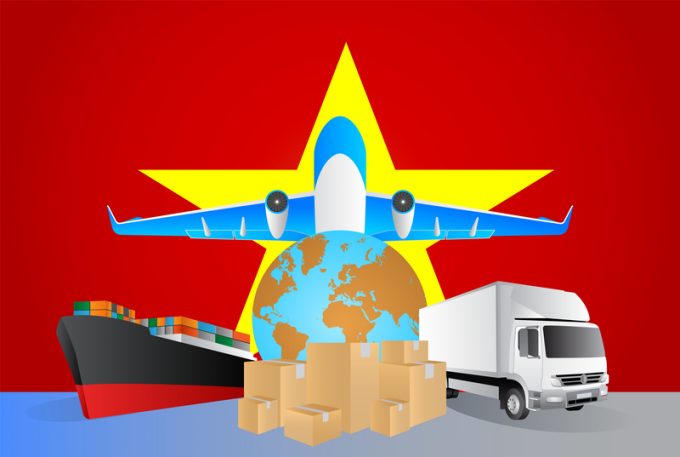 With a ballooning US trade deficit and fearful of potential Trump tariffs, Vietnam is scrambling to import more products that are ‘made in America’.

President Trump this year described Vietnam as “almost the single worst abuser of everybody” in regard to trade, and imposed huge tariffs on some of the country’s steel products.

Boosted in part by the US-China trade war, Vietnam’s exports to the US jumped 33% year on year, to $36bn, in the first seven months this year, according to the latest US Census Bureau data. Consequently, the trade deficit between the two countries is likely to rise by about 25% and break $50bn this year.

This trade imbalance is creating a logistical headache for cargo airlines and, with major players like Nintendo, Google, Lenovo and Foxconn all bringing more high-value manufacturing to Vietnam, with Samsung’s stronghold in the country, the government is acutely aware of the danger of being sucked into the US president’s tariff sights.

“I believe the demand for US products from Vietnam is significant and will continue,” said Phung Anh Tuan, managing partner of VCI Legal. “Vietnam is working on several ways to significantly reduce the trade deficit, which doesn’t really benefit Vietnam that much – it’s mostly FDI from international companies like Samsung and Foxconn.”

As well as clamping down on fake ‘Made in Vietnam’ labels on Chinese goods, Hanoi has fast-tracked a $5bn liquefied natural gas project in southern Binh Thuan province, which could see the country import large quantities of fuel from the US, according to Bloomberg.

The government is also reportedly targeting more imports from US states that are home to President Trump’s election base, including coal, pork and aircraft engines.

Whether US import prices can fall that much will depend on the freight market, pointed out Paul Khoa, president of Ho Chi Minh City-based T&M Forwarding.

“Overall, it means more business, which is good for freight forwarders,” he told The Loadstar. “However, we have to prepare for higher shipping costs, due to the upcoming IMO 2020 low-sulphur regulations, which will greatly impact freight rates.”

“For the first eight months of 2019, Vietnam’s imports from the US grew 9% over the same period last year, higher than the average rate of total imports. Computers, electronic appliances and spare parts show 50% growth and garments and footwear, over 15%.

“Meat products, especially frozen chicken, fresh seafood, fruits  and other agricultural products have all grown significantly as well,” he added.

One possible obstacle to faster US import growth is Vietnam’s lengthening list of free trade agreements, including the recently concluded deal with the EU and the CPTPP, a rejigged TransPacific Partnership without the US. These will slash the cost of goods with many of the US’s competitors, such as Australia, New Zealand, Japan and Canada.

As a result, US customs broker Nestor Scherbey, president of CTRMS Vietnam, said it would make “excellent sense for the US to ‘re-join’ the CPTPP,” given Vietnam’s booming exports to the US and the relocation of sourcing from China.