News / US-Mexico border congestion eases, but 'we are weeks from normal service' 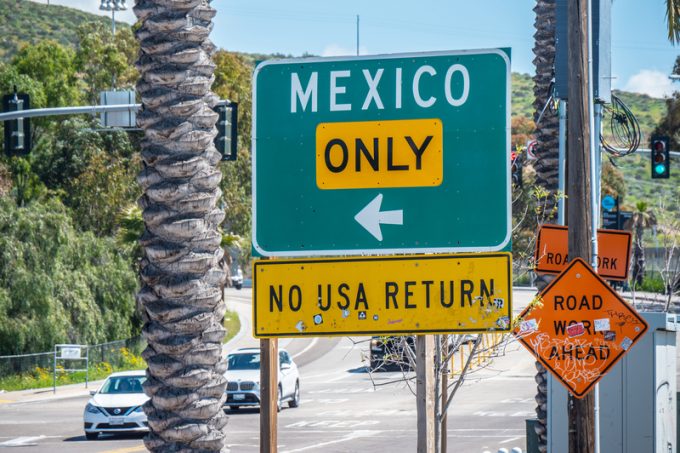 Delays have eased at US-Mexico border crossings, but logistics providers warn that it is still slow–going on northbound routes, and that it will take weeks before border dwell times are back to where they were pre-April.

Initially the US government had threatened to close the border altogether, frustrated with the flow of immigrants pouring up to border crossings.

While this spectre was averted, after urgent warnings from US business interest groups about dire repercussions for the economy, the wholesale shift of hundreds of border inspectors led to a sharp slowdown in border crossings, with some truck lanes closed.

At the height of the congestion, trucks were stuck at the border for as long as a whole day, with northbound flows down to a crawl after the US shifted nearly 550 border inspectors to other duties, primarily associated with immigration.

The Confederation of Industrial Chambers warned on April 9 that delays at the border were costing Mexican exporters $800m a day, almost half the overall US-Mexico daily trade worth more than $1.7bn.

The congestion also had a knock-on effect on available truck capacity, Mr Kaden noted. Some trucking firms declined to take cross-border business to avoid getting bogged down and missing opportunities elsewhere.

Logistics firms and consultants advised shippers to use the expedited border crossing schemes C-TPAT and FAST to avoid the congestion in regular lanes.

“Northbound we use the FAST lane, so our delays are not as long,” said Carlos Duron, president of cross-border airfreight trucking provider Mexpress.

Mexican Customs has helped by extending operations in Nuevo Laredo, opening 30 minutes earlier. This allowed northbound trucks to be in place as soon as the US Customs & Border Protection agency (CBP) opened, he added.

However, when delays were at their peak, trucks were backed up on highways and traffic arteries, clogging access to the FAST lanes.

Logistics firms were urging their clients to monitor congestion levels at the border and contemplate back-up plans.

“The rapid escalation of border surveillance and enforcement, specifically the redeployment of hundreds of CBP personnel, will continue to hurt exports from Mexico to the US,” warned supply chain risk management platform Resilience 360, an offshoot of DHL.

It advised clients to revisit contingency plans and reassess their risk exposure. In addition, customers should consider making their supply chains more resilient through increased diversification of modes of transport.

It suggested: “The current crisis at the border suggests it is time for shippers to consider shifting from road and rail to shortsea shipping or airfreight. Companies may want to consider ocean services connecting to US Pacific and Gulf ports to diversify modes of transport and to avoid the risks of higher costs, longer transits and extended delays from conventional land routes across the US-Mexico border.

“Moreover, companies with high-value or time-critical shipments should consider the more expensive air cargo option to avoid incurring penalties for late delivery to US clients.”

Mr Kaden seen no significant modal shift yet, however. Many production facilities are situated in locations that make ocean transport unviable, while rail capacity is largely taken up by regular traffic, he said.

As border delays have eased, the sense of urgency to find alternatives to regular supply chain patterns has eased as well. However, the shortage of CBP officers at border crossings to handle truck traffic will persist for some time yet.

“We understand from CBP that we should be back to normal in four to six weeks,” Mr Kaden said.

This tallies with estimates other logistics firms have put out to their clients. CBP has indicated that if the redeployment of border inspectors were to last for more than 30 days, it would pull in officers from airports to replace them. It is unclear how soon these would be brought in.

Mexico’s foreign ministry urged the US administration to speed up flows quickly. It argued that “slowing the flow of goods and the transit of people is a detriment to our economies and for the region’s competitiveness”.

It added: “There is urgent need to improve the transport of goods, as well as deepen mutual co-operation to ensure the efficiency and safety of our common border”.