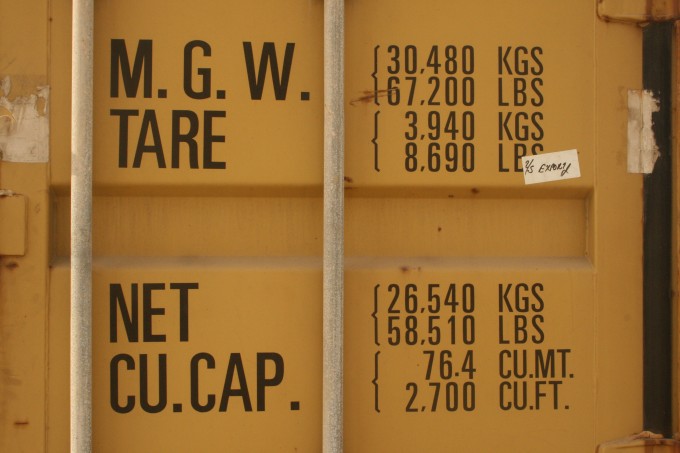 For over 20 years, shippers have been legally obliged to declare the correct weight of the containers they have contracted shipping lines to carry – the fact that many routinely have not really ought to be a question of law enforcement.

After all, transgressors are hiding in plain sight; all the details are on the bills of lading and if there was accident with a container where the weight had been misdeclared, it ought to be relatively simply to find and prosecute those that caused it.

Whether a further piece of legislation is needed to enforce the enforcement ought to be a moot point; except it isn’t, because the verified gross mass (VGM) amendment to Safety of Life at Sea (SOLAS) regulations on containers will enter force on 1 July, and yes, will add another layer of regulation to the industry.

Opponents argue it is needless – and while there are good grounds for that argument, they are trying to close a stable door years after the horse has bolted.

One of the largest US shipper bodies, the Agriculture Transportation Coalition (AgTC), recently called on regulatory body the US Coast Guard to delay implementation in the US for another year, because – to overly simplify a nine-page position paper that you can find here – its members weren’t aware of it, and now that they are, the implications appear unpalatable.

There are number of points which, in our opinion, the AgTC appears to be flatly wrong – many of which are summarised by this rebuttal from the World Shipping Council: Comments on AgTC Position Paper for Release (2).

The apparently invisible law-making procedure took what seemed like an eon, and was extensively covered in the international trade press. This correspondent and at least another five or six journalists have written tens of thousands (possibly hundreds of thousands by freelancers paid by the word to fill blank pages) over the course of several years, as we charted its progress: from a series of incidents of overweight containers identified as the cause of a score or more of maritime accidents; through formation of a working group at the IMO; the detailed negotiations over the working and scope of the legislation; the subsequent vote at the IMO; and ratification by member states, including the US.

And that final piece of the jigsaw occurred over two years ago, and since then there have been a series of conferences, seminars and working groups, white papers, articles and analyses produced and disseminated… and to even the most casual observer – and let’s face it, there aren’t many of those – it was evident that there would be issues with its implementation.

There are a lot of holes, an abundance of “what ifs…” and they will take time to iron out once it becomes part of normal working practices. And yes, there will be glitches in supply chains.

Are we really to believe that what bills itself as the largest exporters’ lobby group in the world’s largest economy didn’t know that such a fundamental piece of regulation was on its way? Personally, that stretches disbelief to new dimensions.

It might well be that being in such close proximity to the IMO – The Loadstar’s office is two and a half miles from its HQ – means we are more aware of its machinations, but that’s not much of an excuse in today’s interconnected world. Anyway, I know scores or companies and industry groups in the UK, Europe and across North America which are very well-acquainted with the legislation (if not entirely certain of the how global supply chains will look post-implementation, but then who is?).

As British International Freight Association director general Robert Keen said at recent seminar: “It’s here, it’s law and we’ve just got to get on with it.”

Surely the implications of the US unilaterally reversing its ratification – which is effectively what the AgTC intends with its call for to delay implementation – are actually more serious than actual implementation?