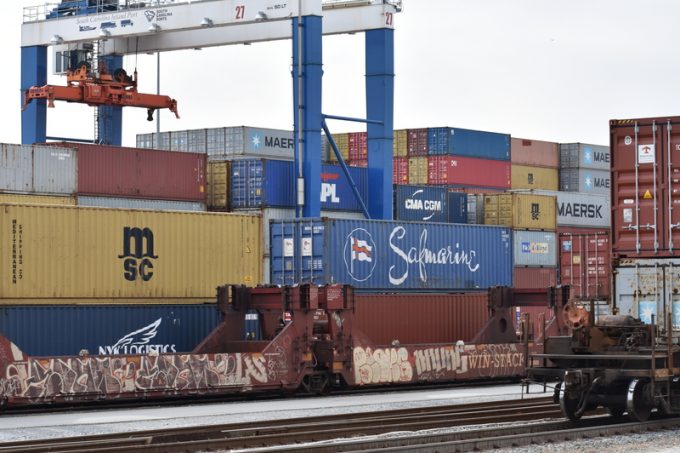 While the US east coast ports are in expansion mode, anticipating growth, the nation’s prime maritime gateway on the west coast remains choked with traffic.

The congestion that has plagued the port complex of Los Angeles and Long Beach in recent months has got worse lately, with dwell times for vessels of almost a week, while on the docks containers pile up, slowing movement of boxes off the facilities.

There has been rapid growth in container volumes at the port complex, which temporarily reversed the loss of market share to east and Gulf coast ports, but the delays are reinforcing forwarders’ plans to shift imports from Asia away from California.

“We’re looking more and more at ports on the east coast and the Gulf,” said Bob Imbriani, SVP international at forwarder Team Worldwide, adding that in terms of door-to-door transit, shifting away from the west coast has become more viable.

“East coast ports are less affected by delays. It’s not just days in transit, but reliable days, transit times you can count on,” Mr Imbriani said.

Albert Sapir, principal of logistics specialist ABS Consulting, added: “Ports like Virginia and Savannah get fairly high rankings on efficiency, compared with the ports on the west coast or New York.”

However, neither he nor Mr Imbriani see any of the ports in the south-east over-extending themselves with expansion drives.

“The majority is driven by those massive distribution centres that all the major retailers have in the region,” Mr Saphir said, pointing to Walmart, Target, Lowes and Ikea, among others.

Proximity to these DCs is a huge factor determining which port importers choose, besides transit times and carrier availability, according to Mr Imbriani. Team Worldwide is working on a number of rail projects to further support east coast ports, he revealed, which include a container deport in Franklin County, Texas.

But the ports on the eastern seaboard are extending their reach. On 3 December, shovels went into the ground to mark the start of construction on a $220m distribution centre for Walmart, with a footprint of three million square feet. Located in Dorchester County, South Carolina, it will generate a massive jump in throughput for the port of Charleston some 30 miles down the road.

According to the South Carolina Port Authority (SCPA), the facility will boost the port’s volumes by 5% a year. Jim Newsome, SCPA president and CEO, called the distribution centre a “game-changer”.

“It is a signal to the major retailers that we’re prepared to be a force in retail distribution, and that we can handle their requirements,” he said.

Walmart will also be the first tenant on the 1,000-acre site the port acquired in 2018 to serve clients that move traffic across its docks, attracting a $22m grant from the US Department of Transportation. Next year will see the opening of the first phase of the port’s new Leatherman terminal, which will add 700,000 teu of annual capacity. The full project aims to increase capacity by 2.4m teu, to double the port’s capacity.

And Charleston is deepening its harbour to 52ft to be able to handle four 14,000 teu vessels simultaneously. In September, it recorded its first visit by a 15,000 teu ship.

The SPCA’s two inland ports had a record October, with rail moves up 9.2%, almost 40% year on year. Its Wando Welch and North Charleston container facilities handled 216,196 teu that month, less than 1% down year on year.

Down the coast, the port of Savannah registered 8.3% growth year on year in its container count for October. Like the SPCA, the Georgia Ports Authority (GPA) has not taken its foot off the expansion throttle in the pandemic. Last month, it completed laying new track to link the rail yards at the Garden City facility, which boosted the terminal’s storage capacity by 35%.

Next year should see the completion of dredging the harbour to 47ft as well as further increases in rail capacity. Further inland, the GPA intends to boost the capacity of its Chatsworth terminal by 22%, and it is looking to build two more inland terminals in the state.