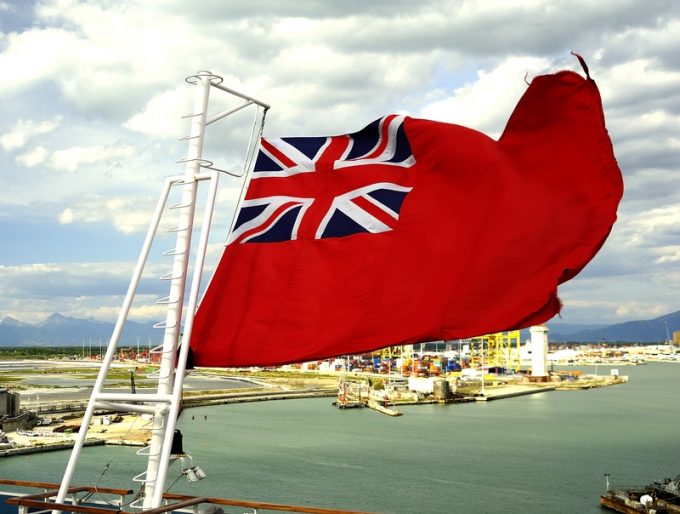 Uncertainty around Brexit may be making its mark, but the loss of vessels this year from the UK Ship Register may also be due to the requirement for vessel operators to comply with EU maritime regulations.

According to figures from vesselsvalue.com (VV) obtained by The Loadstar, 234 vessels have reflagged from the UK since the start of the year, including 53 containerships.

Chief operating officer at VV Adrian Economakis told The Loadstar this equated to a 9% reduction, and was equivalent to a 36% cut in the total gross tonnage of UK-flagged vessels.

“There are a host of factors that cause people to leave a flag state, and many are not transparent to normal market participants,” he said.

“It’s impossible to attribute the decision to leave to one factor alone, but shipowners prefer certainty and simplicity when dealing with parts of the business that can be easily substituted.”

By far the biggest switch came from CMA CGM, which withdrew 46 container vessels from the UK flag, having had 49 registered prior to the 2016 Brexit referendum.

A spokesperson for the carrier told The Loadstar the outcome of that vote and the subsequent uncertainty over withdrawal had been the deciding factor.

“As a French company, CMA CGM complies with the EU regulatory framework regarding our fleet registered in EU member states.

“[But] in light of Brexit, and to avoid uncertainty with our fleet and despite a strong relationship with the UK Ship Register, we have decided to transfer our UK-flagged fleet to other EU countries.

“This decision was taken after it appeared to us that the UK flag was excluded from the draft agreement envisaged between the UK and the European Union.”

Altogether 70 different companies have withdrawn vessels from the register. And the number of vessels switching flags in the first six months of 2019 is higher than the number withdrawn from the UK flag over the past three years – although it should be noted 150 left in 2015, according to vesselsvalue.com data which can be viewed in the attached excel file.

“Competition between registers is fierce, therefore any requirement by a register that burdens an owner with more complexity will likely reduce its attractiveness,” said Mr Economakis.

“But the number of departures is well beyond normal  and the year is only a little over half done.”

P&O Ferries has pulled its vessels from the register, with five removed so far this year, after a review of the flag status of ships on the Channel, and a spokesperson cited the UK’s pending departure from the EU as a primary motivator in the decision.

“For operational and accounting reasons, we have concluded that the best course of action is to re-flag all ships to be under the Cyprus flag,” he told The Loadstar.

He added that the Cyprus flag was ‘white listed’ by both the Paris and Tokyo MoUs (harmonised port state control regulations), which would mean fewer inspections and delays.

Furthermore, he said, this would result in “significantly more favourable” tonnage tax arrangements as the ships would still be flagged in an EU member state.

Policy director at the UK Chamber of Shipping David Balston said the loss of tonnage was “obviously a huge concern”.

“While in some cases this has happened because of Brexit-related fiscal and financial considerations, it also serves to underline the damage being done to the shipping industry by the continued uncertainty over Brexit,” he told The Loadstar.

“It also demonstrates that improving UK competitive advantage and the attractiveness of the UK flag, both key parts of the government’s Maritime 2050 strategy that we strongly support, must be given the highest priority post-Brexit.”

Benefits of a shipping register to a country include a substantial level of tax returns, as well as the variety of incremental business generated by the existence of a maritime cluster, of which a register acts a focal point.

A spokesperson for the Maritime & Coastguard Agency told The Loadstar: “We regret that a small number of operators have chosen to reflag their vessels due to obligations under EU regulation. It is, however, no reflection on the UK Ship Register itself. We will continue to work to ensure all eligible operators consider the UK flag in the future.’