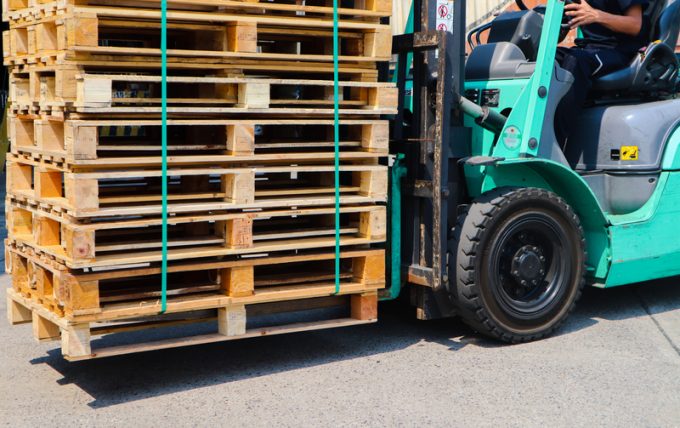 The war in Ukraine has claimed a new collateral victim in Europe: the market for wooden pallets – crucial in the packaging, handling and storage of goods.

According to the European Pallet Association. (EPAL), more than 600 million of its pallets and 20m of its box pallets are in circulation.

For weeks now, the sector, already operating under challenging market conditions triggered by Covid and the resulting supply chain disruption, is experiencing additional strains due to a shortage of wood, rising manufacturing costs and a scarcity of producers.

“In a few months, the price of a single (new) pallet has risen from €7 to €29 ($7.56 to $31.33). They are increasingly difficult to find and more expensive to produce in a context of soaring raw material costs and in particular the price of wood,” according to La Chaîne Logistique du Froid, a French trade association of 120 companies specialised in the transport and storage of fresh and frozen products, a business vertical that depends on these softwood structures.

It highlighted the lack of optimisation in the use of pallets by the different parties in the logistics chain, with breakage, loss and, in some cases, long retention times among other factors which have contributed to the current scarcity.

The association’s chief delegate, Valérie Lasserre, warned: “Without pallets, supply processes cannot be carried out successfully. It is urgent to sit down around the table to find a better balance between supply and demand.”

The manufacturing costs of pallets that can be re-used for years rose by an estimated 40% last year and Russia’s invasion of Ukraine at the end of February has exacerbated the inflationary pressure. Ukraine is a major producer and, before the war, was exporting close to 15m pallets a year to Europe. However, its workshops are now idle, creating a shortage of new products.

In addition, a number of countries in western Europe would, in normal times, source up to 25% of their pallet and packaging wood from Ukraine, Russia and Belarus, but conflict and sanctions have brought these supplies to a halt.

TMF Transports, based in southern France, delivers almost 40,000 second-hand pallets to retail chains and e-commerce businesses located across the country each month. But as a result of growing shortages, is now faced with sizeable price hikes.

“These pallets had a unit price of around €4-€5 before Covid, but this has increased to €10,” Sami Belkadi, the company’s packaging and pallet tracking manager, told TF1 TV news.

Other companies, such as Urban Palettes Recyclage, testify to the current shortage of second-hand pallets.

“We recycle on average a little more than 100,000 pallets per month. This month we have seen a drop of 25% in the number of pallets received,” said Sullivan Coutant, regional director for the Paris region.

In France, two out of every three wooden pallets have been through a recycling process and today can command a price of up to €14 each, which, although steep compared with historical levels, is half that of a new unit.

In response to the shortages, start-up Magic Pallet has developed a pallet exchange platform to optimise available stocks.

“We open our pallet storage facilities to shippers and they can go and pick them up wherever they need them to meet their needs”, explained Wissam Mimouni, administrative and financial director of the company, which has seen business activity increase by 50% in the space of a single month.