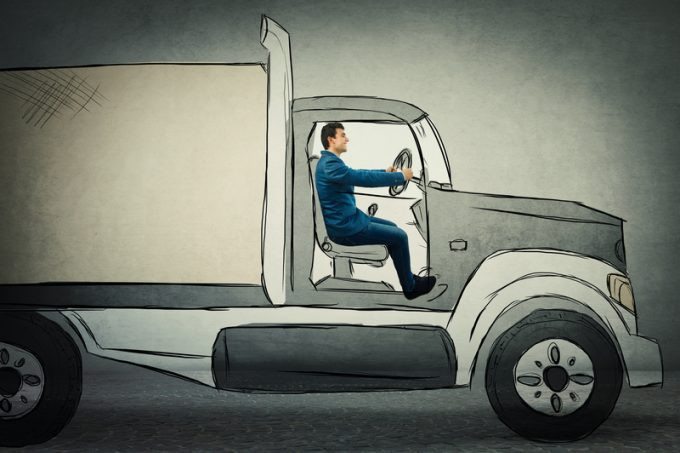 UK hauliers are struggling to get prospective drivers qualified, as the RHA this week revised its driver shortage estimate from 70,000 to 100,000.

One haulier said they had more than 40 prospective drivers waiting to start work, but delays across the country’s testing stations were preventing drivers getting qualified to get on the road.

“We have a backlog of van drivers and warehouse operators waiting to take their Class 2 test,” the haulier told The Loadstar.

“We’ve been tackling the shortage using agency drivers and couriers where we can. There has been quite an increase in wages and I think the current level of pay makes driving an attractive job.

“Even so, drivers have left the industry over the last year and we’ve been unable to replace them [because] the pandemic has greatly reduced number of newly qualified drivers.”

While short-term pay spikes may make driving more attractive, the UK has been contending with a driver shortage of some 60,000 to 70,000 for several years. Brexit exacerbated the problem, with some 15,000 European drivers refusing to service the country, because of the UK’s new immigration system, which does not recognise driving as an occupation eligible for a skilled work visa.

An RHA spokesperson told The Loadstar: “The shortage figure we have been using for some time is 60,000. Add 15,000 Eastern European drivers that returned home and the DVLA cancelling at least 30,000 HGV driver testing slots, a shortage of 100,000 is probably quite conservative.”

Another source suggested the impact of European drivers was “an issue, but was also a bit talked up”.

The source told The Loadstar: “Drivers simply aren’t being trained in the UK in the numbers they were. Twenty years ago you would never have had a driver still going at 75 years of age, but now you have hundreds, maybe thousands.

A Department for Environment, Food and Rural Affairs (Defra) spokesperson told The Loadstar the government had taken action to address the driver shortage and the testing delays, including ramping up vocational test capacity, making 3,000 tests available weekly, and confirmed plans for funding of up to £7,000 per apprenticeship for those training to be a driver, in response to a “key request” from the industry.

But the haulier suggested the government had “failed to listen”, adding: “Government only listens to retail, hence the drivers’ hours relaxation last year, but ignores the concerns of wholesale and convenience, and as a result missed an opportunity presented by the pandemic to address this.”

Driver shortages across Europe and North America are also exacerbated by failing training systems. A spokesperson for the IRU said: “For new drivers we think the [inability of training centres to meet demand] does exist in some countries, primarily due to the pandemic. For existing drivers, it isn’t such an issue as the CPC certificate renewal deadline was postponed by the European Commission.”