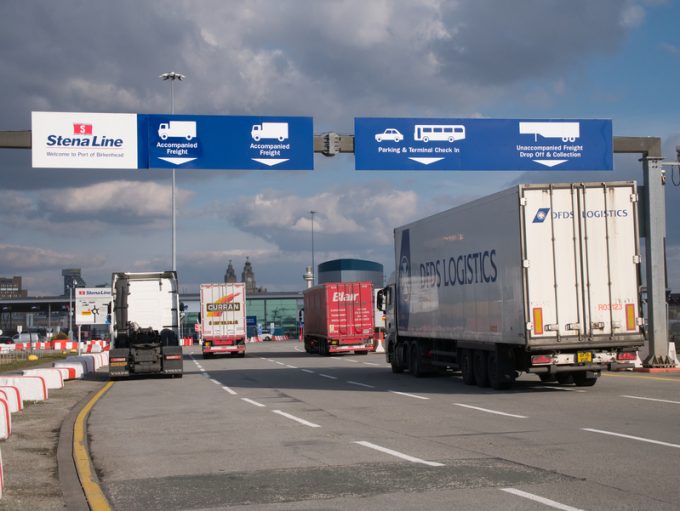 The UK’s new Goods Vehicle Movement Service (GVMS) continues to be a headache for UK border officials, with concerns mounting that “hundreds, if not thousands” of shipments are bypassing the system’s checks and balances.

Sources at customs, forwarding and haulage organisations said it was “an open secret” that GVMS “does not function”, and loopholes will continue to be exploited until import safety and security declarations are introduced.

“There could be ten loads on a vehicle without a single import declaration and no one would know unless it was stopped,” one customs broker told The Loadstar.

“If safety and security declarations are imposed on 1 July, as scheduled, this will give Border Force a fighting chance to see what needs to be stopped and sanction arrivals that arrive without pre-lodged declarations,” he added.

However, The Loadstar reported yesterday on the possibility of up to a three-year delay for the introduction of planned phytosanitary checks due to take effect from July. And a Cabinet Office spokesperson merely noted the issue was “under careful review”.

Without these checks, one forwarder suggested, Dover would maintain its post-Brexit status as “the wild west” of European supply chains.

“Hauliers always look for shortcuts; they believe they know best and don’t appreciate that actions have repercussions. Dover was described as the wild west, and GVMS the sheriff brought in to bring order,” said the forwarder.

“We are seeing some hauliers still reliant on the entry in declarant’s record (EIDR) shortcut, when it comes to GVMS entries, I believe there are some hauliers ticking the ’empty vehicle’ option for GB inbound.”

Part of the problem is that a goods movement reference can be finalised via GVMS with the entry of just one ‘movement, or employer, reference number (MRN/ ERN), running the risk that hauliers could avoid declaring all shipments onboard a truck.

But one haulier challenged the notion that they were “seeking shortcuts,” and said officials at HMRC had been aware of the loophole since 2020. The haulier said the more pressing problem was how GVMS would work when the phytosanitary checks were introduced, noting that “multiple S&S MRNs” will become mandatory for EU to GB movements, but it will be another party rather than the haulier responsible for this.

“Logistics service providers will be making these declarations and the haulier will not have the MRNs in their system and therefore won’t be able to make use of the GVMS API.”

If MRNs are issued at the consignment level – rather than at the manifest level, as in EU members states including Belgium, France and the Netherlands – there will be hundreds or possibly thousands of MRNs per truck.

“These will need to be entered one by one into GVMS because there’s no option to bulk upload, but once one MRN has been declared to GVMS, the GMR can be finalised…”

A spokesperson for HMRC told The Loadstar: “HMRC has a strong track record in tackling all kinds of avoidance, evasion and non-compliance, and we will continue to employ an end-to-end approach to tackling customs risks.”

But this was contested by the forwarder who said: “We were encouraged to report to HMRC when these events happened, [and got] not a very enthusiastic response.”