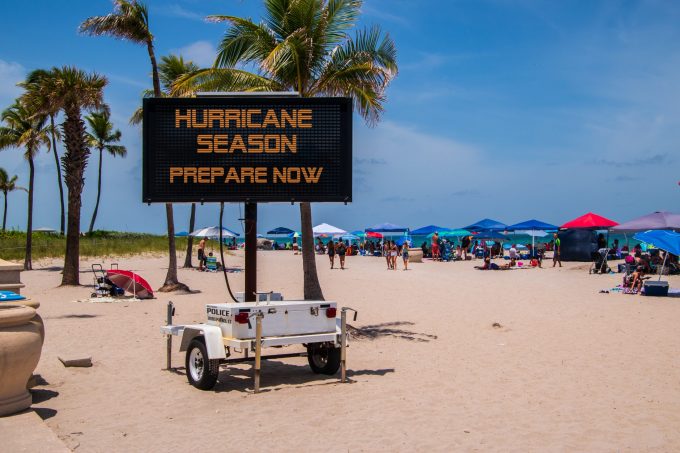 With insurers raising alarm at the rise in freak climate change-driven weather threatening business and driving up rates, cargo industries on land and sea must adapt to the unadaptable.

A global average temperature change of between 1.5-3°C may headline the discussion, but, as the UK’s Meteorological Office expert Rosie Oates explains, it is the more subtle disruptions to existing weather patterns which will most interfere with logistics.

And the temperature at the poles is increasing around “three times as much as at the equator”, she notes, as reflective white ice is replaced by heat-absorbing dark seawater – meaning average ocean temperatures will likely experience faster increases than average air temperatures.

Likewise, said Ms Oates: “Warm air can hold more moisture, so if we are talking about rainfall, flooding – on a warmer planet, there is just more energy in the system. That’s why that we’re getting greater intensity in storms.”

The February 2021 freeze in Texas was an example of where lowering temperature differential between the poles and the equator caused disruption in the polar vortex, which triggered freezes across North America, she said. In February this year, Texas’s power grid was overwhelmed by a sudden major drop in temperature.

“It’s a change to where the jet stream is, which brings those cold conditions from the polar region being felt further out than they usually are,” said Ms Oates. “In this situation you have people saying, ‘this proves that the planet is not warming’. But that’s not the case. Over time, we project an increased frequency of those snap changes.”

For the shipping sector, a nominally small shift in global average air temperature will translate into more storms, developing in more peculiar places. Mike Yarwood, loss prevention MD at the TT Club, said adaptation to this new normal would counter the economies-of-scale logic which had informed maritime business so far.

He advises shippers against ‘placing their eggs into too few baskets’ – or what insurers term an “undue aggregation of risk”.

“Vary  your planned routes… vary carriers… vary modalities,” he said. “This could serve to spread the risk of significant volumes of one’s cargo being damaged, delayed or lost in a particular location because of a localised weather event.

“There are stories of certain large retailers chartering dedicated ships to move their own goods… while this might be attractive, given the current supply chain disruption, in the event of a large-scale loss involving that ship, this strategy could be catastrophic.”

Mr Yarwood also urged facilities or vessels handling reefer containers to have local auxiliary power capacity on-hand in case of a loss of power. “If you store temperature-controlled cargo, this could be problematic. Assessing the need for auxiliary or back-up generators that would provide a seamless delivery of power would be prudent.”

He also urged the importance of preventative maintenance, and suggested carriers should get used to building-in a broader range of resiliency measures than they are used to.

And communication with partners was essential, said Mr Yarwood, “so that you understand what your partners expect of you and, importantly, to be certain that your requirements of them are fully documented and built into service level contracts”.

He added: “Incorporation of standard trading conditions, ensuring that STCs are incorporated into contracts and all business dealings, will provide a business a degree of protection in the event of a loss.”

An ecosystem in which some ships appear too large to operate safely even in calm weather is not one that will adapt well to the ravages of climate-induced weather disruptions. In conversation with The Loadstar, another representative of marine insurance, who did not wish to be named, questioned the aggregation of risk overly large vessels pose.

“I would not go quite so far as to say that [vessel size] is excessive, or that cargo would, per se, be safer on smaller vessels. What I’m saying is that it should be managed better,” he explained. “Wilder and more difficult environmental issues are happening more frequently.

“Things are getting rougher. There are challenges around these very large vessels that need very careful monitoring and execution of management.”