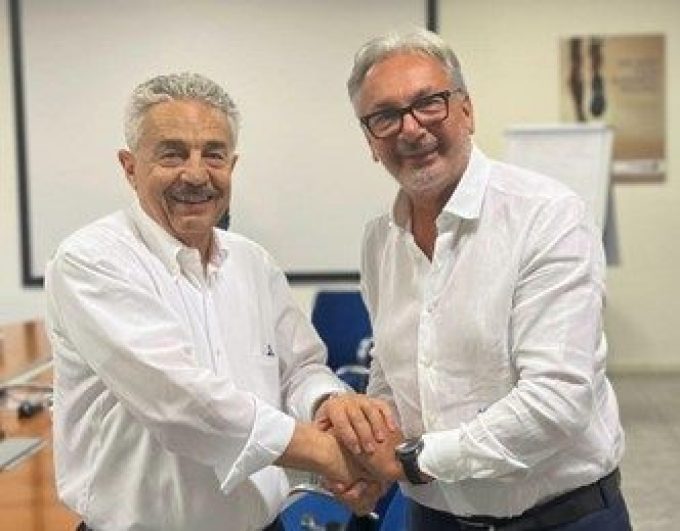 Italian transport and logistics operator Transmec Group has acquired haulage operator TNA Cargo, which specialises in the trade between Italy, Morocco and Tunisia.

The deal, which was for an undisclosed price, is occurring in two tranches, with a 67% stake in TNA Cargo acquired by Transmec last month, while the remainder of the stock will be transferred to the buyer in 2023.

Meanwhile, TNA Cargo founder Germano Garbin (above, right) will remain with the company as chief executive.

“North Africa is an economic area of a great strategic value for the whole of Europe both for energy, food and industrial supplies in the automotive, textile and bio-medical sectors,” said Danilo Montecchi, CEO of Transmec Group (above, left), who explained that the potential for European retailers to near-shore their sourcing away from Asia to North Africa was a key attraction for the deal.

“The manufacturing capacity and expertise of this area has grown significantly, and it is now able to compete with the Far East, with significantly reduced transport costs and transit times.

“Thanks to the acquisition of TNA Cargo, Transmec Group offers an opportunity for diversification and growth to all its Italian and international customers through a network capable of integrating Europe and North Africa in a direct and coordinated way,” he added.

Vincenza-based TNA Cargo owns branches in Tangier and Tunis, as well as the main Italian ports of the Tyrrhenian Sea, such as Civitavecchia and Livorno, and operates a fleet of more than 500 trailers and offers customs dedicated services for the transport of temperature-controlled goods.

Last year it posted a turnover of €38m, and its acquisition will push Transmec’s annual turnover towards €500m.

“From a business point of view, Transmec has been for TNA Cargo the most consistent choice for continuity and development,” said Mr Garbin.

“TNA Cargo will have the chance to become even stronger thanks to the diversity of services offered by Transmec – road, intermodal, air/sea, logistics and IT solutions – and increased presence in the connections between North Africa and all European countries,” he added.

Transmec said 2022 is forecast to see “a growth of 25% in all the most significant industrial sectors”.