News / To 'fire or to furlough'? That is the tough question for some employers 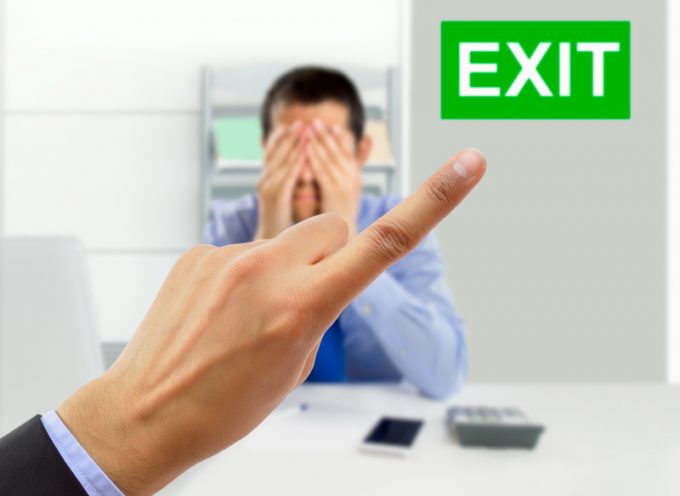 Companies have been warned to “weigh their options carefully” when considering making staff redundant instead of furloughing them.

Under many countries’ schemes, companies can temporarily lay-off staff while the government pays the majority of their wages. But according to a survey by People Management and human resources association CIPD, one in four companies are also considering permanent redundancies.

According to Loadstar Premium today, Ceva Logistics could be on the verge of cutting a significant number of its workforce.

Several forwarders already made redundant have asked to be re-employed and furloughed instead, but many companies are refusing the request.

Ben Willmott, CIPD’s head of public policy, told People Management: “Making redundancies should be a last resort once all other options for reducing workforce costs have been taken.

“Organisations that are most successful in protecting jobs and supporting their employees will also be those that are most resilient and best able to recover once this crisis is past.”

“Employees can still seek to bring tribunal claims if their employers do not handle these situations properly – a process that is likely to drag on for an extended period because of the outbreak.”

He said businesses should “weigh up all their options carefully” to avoid issues arising at a later date, and potentially retain staff they otherwise would not want to lose.

However, some companies have made redundancies: Unsworth Global Logistics, named Employer of the Year last year, has made some 10 people out of about 60 redundant while furloughing another 14.

“If you are firing and furloughing, it looks as if you are trying to have the best of both worlds,” said one forwarder, who claimed Unsworth had been clumsy and insensitive during the process.

“It doesn’t seem right; if you are using government money to protect jobs, you shouldn’t be allowed to make redundancies too. And making redundancies gives the impression you are in a bit of a hole.”

He added that “on the flip-side, [several forwarding companies] have made it all about the people, and less about short-term profit”.

Another senior forwarder at a mid-size firm added: “We haven’t fired anyone and we won’t. We have furloughed, in line with customers closing, but redundancy? No, no, no.

“But a lot of forwarders operate hand to mouth – four weeks’ cash flow and bang – they are out of money.  We don’t.”

Richard Hogg, managing director at Unsworth, said the redundancies were in line with the company’s new strategy, which had been accelerated by the crisis.

“As a business, we made an early decision on where we saw ourselves in the short to medium term, and that has resulted in some redundancies and furloughing of staff.

“This is always a distressing time for the individuals and the business. However, for some time we have been preparing for a fresh future with system innovation, and the present pandemic has made this a greater priority.

“When business recovers, it will clearly be a very different world. We were already positioning the business to be between a traditional and an online forwarder.

“The future of freight will involve a heavy focus on digitisation, automation and artificial intelligence solutions to deliver customer added value.”

Sarah Dowzell, chief operating officer and co-founder of Natural HR, told People Management: “How you behave and treat your employees – both those being made redundant and those unaffected – during this time of crisis can have a huge impact on the perception of your company once you’re out the other side.

“Handling it without the due care and attention such a situation deserves will not only make an already stressful time for your employees that much more difficult, but it could also adversely affect how your business is viewed externally, and your ability to attract future talent.”

Dan March, chief executive of WCA, pointed out that it was already difficult to recruit well-trained, quality staff.

Larger companies have already announced salaries are being cut, particularly from the C suite. CH Robinson, for example, has cut its chief executive’s salary by 50% – to $487,500. Other executives had their salaries cut by 20% and board members had their retainers cut by 50%.

Unsworth failed to respond to a question about whether it had instigated salary cuts as well as redundancies.

Loadstar Premium also noted that some larger companies were considering moving to a four-day week in order to protect jobs.

CH Robinson – 'the FedEx of forwarding' gives in

Essentially all unprompted, with thanks