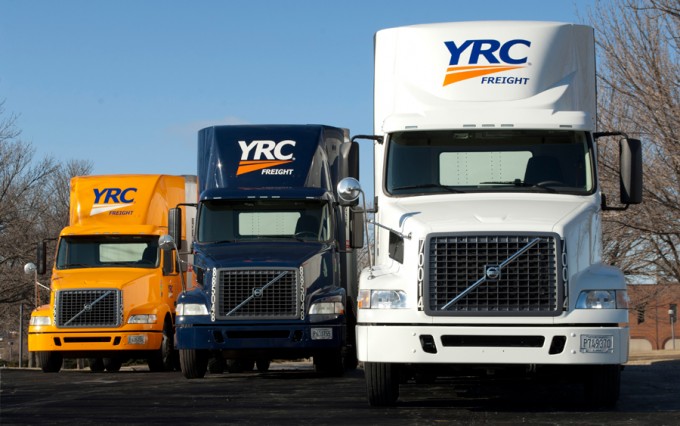 Recent rises in trucking prices in the US show no signs of abating, and despite the onset of the slack season hauliers remain keen to increase contract rates even further.

“Since the middle of last year we have seen truck capacity and rates impacted due to several factors, including cost of operations and labour, chassis shortages, holiday backlogs and inclement weather conditions,” noted David Goldberg, chief executive of DHL Global Forwarding USA, adding that he does not see rates decreasing in 2018.

The steep climb of trucking rates during the peak season played havoc with shippers’ transportation budgets. Faced with buoyant demand, they found themselves paying more than 20% higher rates for ad hoc trucking capacity.

And the upward pressure continued into January, partly due to adverse weather conditions.

According to freight exchange DAT Solutions, flatbed rates averaged $2.39 a mile in January, up 7 cents from a year earlier, while van rates surged 59 cents to $2.26 a mile and reefer rates shot up 71 cents to $2.66 a mile.

Some relief came in early February when the average spot rate for the most common type of big rig dropping from $2.26 a mile in January to $2.17, although this was still around 30% up from February 2017.

By some estimates, contract rates may go up as much as 10% this year.

YRC Worldwide announced a 5.9% increase in its base rates effective 19 February. In an earnings call with analysts, president and chief operating officer Darren Hawkins stated: “Considering the current capacity and rate environment, we intend to continue our emphasis on solid pricing gains throughout 2018 and also set the pace for upcoming contracts.”

When it tabled its results for the fourth quarter, J.B. Hunt’s top brass revealed that it is expects its operating income to increase by at least 14% going forward.

Speaking at the Stifel 2018 Transportation & Logistics Conference on 13 February, Derek Leathers, chief executive of Werner Enterprises, was in no doubt shippers will have to pay more to secure capacity.

“Those are re-investable levels that we need to get to. Those are rates that customers need to pay in order to lock down their capacity in a market that is as short as it is today,” he continued.

According to the FTR Trucking Conditions Index, capacity utilisation currently is in the high 90% range.

The strength of the US economy and the recent tax changes are conducive to investment in new equipment, but so far there has been little movement in that direction. While some firms may be waiting for clearer signals about the new tax rules before they make a move, capacity expansion is hampered by the driver shortage, which remains a major challenge for the trucking industry.

Rather than invest in trucks, several large firms – including Old Dominion Freight Line, Ryder System and FedEx – responded to the new tax regime with wage increases or one-time bonuses for their staff.

Short-term capacity is not increasing. YRC is taking delivery of 450 trailers in the first half of this year, but they will replace old equipment.

“We see on the supply side ongoing constraints as we look forward into 2018 and 2019. They are going to be difficult to overcome,” commented Mr Leathers.

He described the current market conditions as a long-awaited opportunity for the industry to return to margins that can sustain investment. “The trucking industry hasn’t had re-investable returns for a while, and the need, the necessity to do that is here, and it’s here now,” he stated.

YRC chief financial officer John Steele added that lifting contract rates is high on the agenda. “Our margins on the contractual side of our business have been squeezed, and the big emphasis right now is getting our pricing on the contractual business raised,” he declared.

Wall Street is bullish on the trucking industry. Morgan Stanley recently raised its target price on shares in Schneider from $28 to $35, following several other financial firms, while a number of hedge funds acquired or boosted their positions in the trucking firm.

For trucking’s customers, it is a game of trying to alleviate the impact of rising rates.

“We are adjusting to the current market accordingly by expanding our trucker capacity and coverage, as well as working with our customers to help them navigate industry changes,” remarked Mr Goldberg.