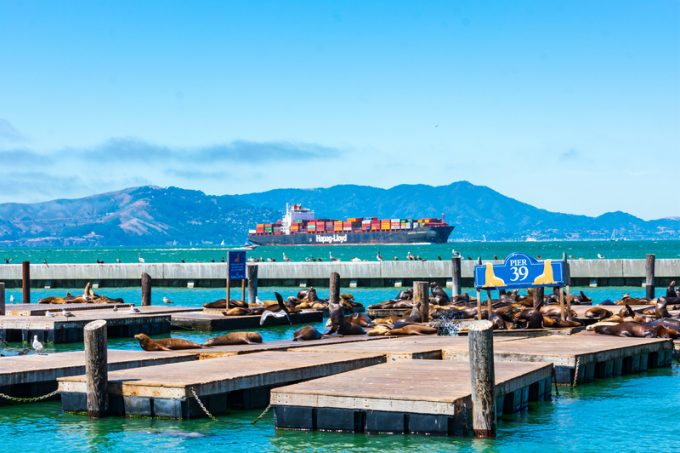 Due to continued increased demand, THE Alliance is extending its Asia – North Europe ‘extra loader’ programme with an additional five weekly sailings through to the end of September.

Earlier this month THEA members advised shippers that they would introduce the weekly loop commencing this week, lasting for a “limited period of four weeks” and deploying vessels of between 6,000 teu – 10,000 teu.

The move, said Hapag-Lloyd, was in response to an “increasing volume upsurge from its customers” and was some mitigation for the suspension of THEA’s FE4 loop until October, due to the expected impact of the pandemic on demand.

However, notwithstanding a reduction in demand on the tradelane, the aggressive blanking programmes of the alliances have resulted in headhaul utilisation levels in the high 90s and spot rates riding high at some 40% above that of a year ago.

This better-than-expected healthy scenario for carriers also encouraged the 2M alliance to replace its suspended AE2 / Swan loop with a weekly sweeper service, and the Ocean Alliance to defer the suspension of one of its loops.

According to eeSea data, at the peak of the sailing cancellations in May, carriers removed over a quarter of the 130 scheduled sailings, but for August the void sailings now represent only 10% of the advertised 136 voyages.

Commenting on the extra loader extension announcement from THEA, Alphaliner said that the move showed that “while volumes are still depressed in the wake of Covid-19, carriers initially over-reacted and implemented too many service and capacity cuts”.

“Now some of these massive cuts are being mitigated by extended extra loader programmes,” said the consultancy.

The schedule of the extra loader was “rather similar” to the FE4 loop, which was merged into THEA’s FE2 string when it was suspended, noted Alphaliner, albeit the capacity is less than half that of the 20,000 + teu of the FE4.

Meanwhile, THEA also announced this week that it will reinstate four previously blanked sailings on the transpacific in August “in view of the increasing market demand”, said Hapag-Lloyd in a customer advisory.

As with the Asia – Europe tradelane, robust demand on the Asia – US route appears to have taken carriers by surprise.

As a consequence there has been jockeying by the carriers to reinstate previously blanked sailings in order to capitalise on the unexpectedly strong market.

Rates, particularly to the US west coast, have soared to levels some 70% higher than a year ago as cargo rollovers have motivated shippers to accept in full three consecutive waves of GRIs announced by carriers.

For example, coinciding with the unblanked sailings of THEA, Hapag-Lloyd has announced a new GRI of no less than $1,200 per 40 ft, effective 15 August.

However, there is some evidence emerging that the spike in spot rates on the transpacific may have already reached its peak, given the weaker demand outlook in the US; a consequence of several states still being ravaged by the coronavirus and forced back into lockdown.

Sea-Intelligence co-founder Lars Jensen believes that “it appears inevitable” that rates on the route “will come under some negative pressure”.

“The interesting question is whether carriers will be able to manage the rate abatement,” said Mr Jensen.