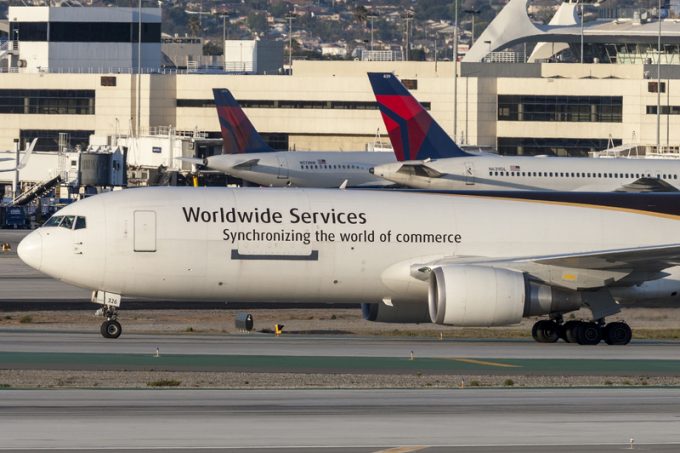 If carriers want to avoid a repeat of the loss of the express business to the integrators, they have to play to their strengths and offer a product the market wants, he says.

“Airlines have got to be on the value side,” he stressed.

The shortage of belly capacity has sent airfreight rates soaring and pushed airline yields to record levels, but the return to an equilibrium should re-establish the historic trend of declining yields.

There are opportunities for growth, notably the explosive momentum of e-commerce, but airlines are not equipped to take advantage of these, despite their natural advantage, argues Mr Wraight.

In the express segment, the integrators have stolen the march on airlines –although the latter have a time advantage. Flying direct between points, they can offer transit times that are impossible for any competitor, be it integrator or e-commerce behemoth like Amazon, to match. If they positioned themselves to take full advantage of this, they could charge significantly higher rates, said Mr Wraight.

Where they fall behind is on the ground, owing to fragmented and poorly organised processes that fritter away this time advantage. This stands and falls with the airline-handler relationship, he believes.

For the most part, handlers have been regarded as levers to reduce costs, rather than partners to create value and speed-up flows. Typically, the integrators’ handling costs are about two to four times what the airlines are paying, Mr Wraight said.

If a carrier concentrated on high-margin business and charged accordingly, the elevated yields would allow it to reward the handler adequately and still make a larger profit than today, he argued.

“You have to have ground services equal to, or better than, Amazon, UPS etc. Help the handler invest in equipment and processes. Or self-handle. You need dedicated staff, dedicated doors and to get customs brokerage. Organise your ground services to process your cargo within hours, not within days,” he said.

To do that, a second vital element has to come into play: a more fluid and faster flow of data. With all manifest information and other relevant details transmitted in advance, the station at the receiving end can deploy its resources adequately, have sufficient staff ready to receive the cargo and set up a truck slot for pick-up.

Mr Wraight regards the nascent concept of data corridors as the most promising conduit for this. While individual operators can establish fast one-to-one flows, he finds a better way would be via cargo community systems (CCSs), which have been gaining traction in recent months.

“You can have an e-tailer in Hong Kong hooked into the CCS there, the trucker picks up the shipment and enters that into the CCS; the handler scans it in at arrival and it all goes into the CCS, including the ambient temperature and other relevant information. And you can replicate the process at the other airport.

“If you prepare, you know what’s coming. There are no surprises. You can plan in advance,” he said.

This can be applied to virtually all high-yield cargo, and the faster transits would render fancy and costly set-ups for special products largely irrelevant, because the cargo would not dwell at the airport, he said.

Moreover, the infrastructure created to handle the high-yield traffic would also go some way toward reducing the cost of handling general freight, he added.

If this is the holy grail for non-stop point-to-point connections, what about transit cargo? Mr Wraight said it was a matter of having a clear understanding of the target market.

“If you compete with non-stop, or with a train, you’d better identify what markets you compete in. You’re probably in the 48-72-hour market, which works for certain commodities and customers.

“In any case, you should start handling transits the same way you handle passenger baggage. For that you need complete transparency. That’ll allow you to do things like arranging planes to be parked next to each other at the gate,” he said.

In his eyes, the alternative is dire. Remaining focused on commoditised business is not really an option for many airlines, he noted. He pointed to a large European carrier which generated about 80% of its profit from Asian trade a few years ago. This business is being eroded by improved offerings from rail, trucking and ocean transport providers.

Mr Wraight’s strategy is convincing, but it faces a significant obstacle to adoption. At most passenger airlines, cargo is relegated to the lower echelons of the organisation and struggles to find an ear at the top.

“Cargo needs a seat on the board,” he said.

Today, we also publish a tribute from Mr Wraight to Boubby Grin, former head of strategy at KLM Cargo, who passed away last week, the founder of many of these initial ideas.