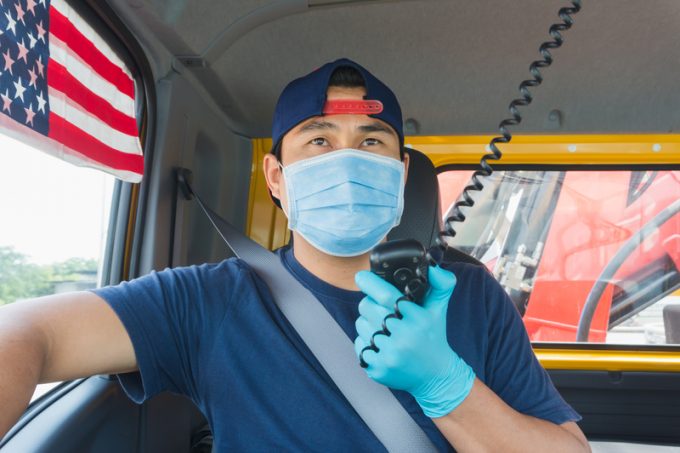 Trucking firms are facing an uphill battle in their efforts to recruit enough drivers.

And a data-based study produced by Coyote Logistics, in collaboration with economic data and analytics firm Ems, recommends  investment and efforts to make the job more attractive.

The authors analysed recruitment and jobs postings data from September 2016 to January this year.

The driver shortage has been an endless headache for US trucking firms and shippers, and the American Trucking Association (ATA) has been sounding the alarm for over a decade.

Meanwhile, the Coyote-Emsi study found that, for 28% of carriers, driver recruitment and retention is one of the top three challenges.

And the situation has gone from bad to worse over the past year. According to Tucker Worldwide, the oldest truck brokerage firm in the US, at the end of 2020 the US truck driver pool was 5.3% smaller than a year earlier.

The situation has been particularly dire for smaller trucking firms, Tucker noted, pointing to a 7.1% increase in driver numbers for firms with 101 trucks or more, which indicates a shift of drivers away from smaller employers.

The Coyote-Ensi study noted that labour participation overall plummeted during the pandemic, with fewer people actively looking for employment. The authors listed several reasons for this, from social benefits programmes and hopes of furloughed workers to return to former jobs, to having children at home and fear of contracting the virus.

Trucking forms a significant part of the US labour market. With 6.4m workers, the transport and warehousing sector is the 11th largest industry by workforce size, and the 1.9m truck drivers make up 30% of this segment. Demand for drivers has increased 2.1% since 2019.

The trucking sector has fared worse than other industries competing for the same labour pool, the study found. Over the past several years the sector averaged six job postings for every hire, which is way above the average rate for blue collar workers of one job posting for every hire.

In warehousing, the ratio is 0.5 job postings per hiring, indicating a high rate of recruitment through informal channels.

Trucking positions are harder to fill overall, but there is considerably variation within the sector: for light duty driving jobs, it takes two postings for each hire; but when it comes to heavy trucks, the number of postings shoots up to nine.

This is in line with a preference among drivers for local or regional driving jobs, as opposed to longhaul trucking. It also reflects the rapid growth in the former resulting from the surge in e-commerce.

The Coyote-Ensi study identified several causes for the lower interest in heavy trucking positions. Despite wage increases over the past couple of years, remuneration remains a chief factor. The authors point to a recent study by Centerline that 50% of drivers found their current wages uncompetitive. They also cited the absence of a career path for truck drivers in most companies.

Lifestyle issues are another important aspect, ranging from a preference to working closer to home to safety concerns. According to the Centerline study, 50% of truckers don’t feel safe on the road.

Finally, there is the requirement of holding a commercial driving licence to operate heavy trucks, which marks a hurdle that light truck driving or warehousing do not face. Moreover, the Coyote-Ensi study noted that the cost of obtaining a licence was usually borne by the driver.

The authors suggest trucking firms should raise wages, develop long-term business plans that focus on technology investments. And it urges shippers not to “nickel-and-dime” good providers, but reward good performance.

The driver shortage is not only the trucking firms’ problem, they pointed out. About half of US trucking is performed by shipper-owned fleets, they noted.

Raising driver pay alone is not enough, and the report authors argue that employers should also provide on-the-job training, establish career development programmes and invest in aspects that can improve safety and quality of life for their drivers.

Despite these obstacles, the authors do not find the driver shortage intractable, but they do warn the signs are ominous – the study shows the trucking work force is ageing. Almost 57% of the current US truck driver pool are over 45, 23% are over 55 and 8% have already reached retirement age.

And currently, not enough young drivers are being recruited for replacement.

Moreover, trucking operators will continue to face competition for recruits from other sectors. Overall demand for blue collar workers is high, competition for labour is fierce and will increase, the authors predict.

Technology is key, as shippers and truckers struggle with supply chain KPIs

North American shippers and truckers are struggling to get a grip on performance. While most of ...

Hopes of US trucking rates going into reverse are fading fast. The industry roared through December, ...