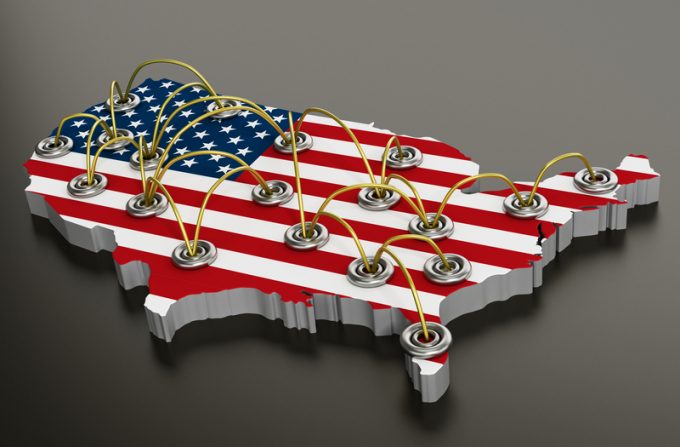 The man who led the creation of Amazon Air is now bent on building a parcel network for e-commerce to outperform the integrated carriers’ capabilities.

And founder and CEO Scott Ruffin is armed with a $4.9m cash infusion for his venture, called Pandion.

He said service problems at UPS during the 2013 peak season led to the decision of Amazon management to build up its own capacity to fly parcels, and the 2019 peak season brought a similar problem to the rest of the e-commerce industry, which made it clear that FedEx and UPS were not geared to cope with the spikes the sector has kept generating.

And this was well before the advent of Covid-19, he added.

“UPS and FedEx are not designed for e-commerce. They are designed to deliver to 40 million commercial addresses,” Mr Ruffin said, adding that it does not make sense for the integrators to build capacity that can accommodate peak volumes but is under-utilised at other times.

He can claim intimate knowledge of the challenges associated with e-commerce logistics; after his tenure at Amazon he was recruited by Walmart to head the giant retailer’s e-commerce transport division.

Pandion, founded last autumn but which remained under the radar until February, is meant to create the first custom-built network for e-commerce, providing low-cost, one- and two-day services to e-commerce firms. It concentrates on the technology to build, scale and operate the network and on the sorting of parcels, while farming out the transport to third-party providers.

“We are not built around a physical network and assets. We operate more like a multi-faceted spider web or network,” explained Mr Ruffin.

A network not based on assets but leveraging technology like artificial intelligence to optimise routings and juggle alternative routes can achieve a higher performance level, he says, as it bypasses the hotspots that choke fixed networks at peak volumes – and it can run more economically, he added.

While there is always a level of sortation and nodes to handle traffic, the network essentially functions without hubs. Mr Ruffin draws an analogy to US passenger airline networks, likening Pandion’s model more to Southwest Airlines, which eschews mega-hubs of the likes of United Airlines, but uses a variety of ‘focus cities’ for transfers.

At this point the Pandion team is not building an air network. For the time being, the focus is on the ground. For the most part, the launch customers have networks of fulfilment centres around the US from where they ship to consumers, so there is not much need initially for an air module, Mr Ruffin said.

Pandion has lined up some transport providers and is in talks with others, but for now Mr Ruffin is not revealing their identities.

And while the business model is based on B2C traffic, it can easily accommodate B2B shipments, he said.

“We think of B2B opportunistically. If you build a system that can deliver to 120 million residences, adding 40m business addresses comes easy.”

Down the road he also sees opportunities in the international arena. Above all, China and the European Union offer interesting possibilities, although the approach may differ from Pandion’s US strategy.

“In China, it may be more of a tech play that layers onto small parcel networks,” he explained.

For the next 12-24 months he expects to have his hands full with the roll-out in the US, as Pandion wants its first sort centre up and running in time for the peak season. And several facilities will come on stream at a fast clip next year.

“There’s not enough competition in the small parcel place. The big ones determine whose goods move and at what price. Shippers need more options,” he said.

He pointed to last year’s peak season, when FedEx and UPS not only raised charges for ad hoc traffic, but also declined to accept excess shipments from large shippers beyond their contract volumes. UPS is courting smaller shippers, whose traffic offers higher margins than large customers, he added.

While there is a genuine need for an alternative, the task of setting up a network that can actually make money is daunting, he noted.

“It takes a good amount of financial backing to make it work. It’s got to be a comparable service level,” he said.

The US parcel market is littered with expensive failures, from Emery and BAX Global over Roadway Global Air and DHL’s investment in Airborne Express.

But Mr Ruffin is undaunted. Whereas these ventures were asset-centric, building on technology offers different possibilities, he said, adding that the technology available today is a far cry from that when those companies were struggling.

“We’re building a data science team in Silicon Valley,” he said, adding that machine-learning will play a vital part in Pandion’s model. This should enable the company to change routings while a shipment is on its way.

The timing also appears to be right.

“Now there’s a lot more demand than capacity,” he said and Mr Haber sees interest in a new parcel network beyond basic access to capacity.

“A lot of people look to remove dependence on FedEx and UPS,” he said. With their twin strategy of high charges and putting ceilings on traffic from large customers to avoid overloading their networks, the integrators have damaged relations with a lot of people, he said.