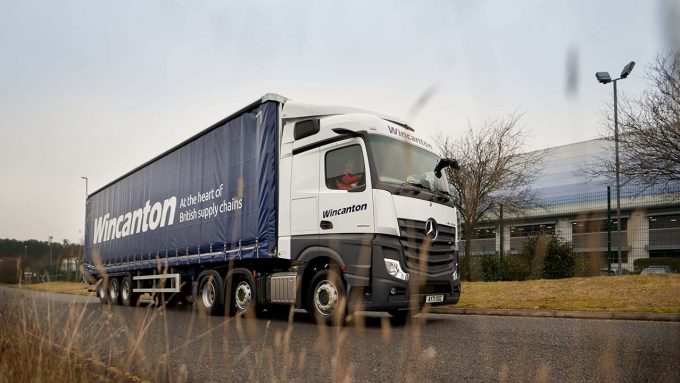 Major haulage customers, such as B&Q, Screwfix and Wickes,  clothing retailers and supermarkets Asda and Waitrose, are warning of a softer market – but it seems it has yet to impact some LSPs.

But its retail customers could find the second half of the year has been tougher. They include Wickes, which saw a slight drop in gross profit in H1, as well as Asda, Screwfix, Primark and Dobbies garden centres.

Other retailers have faced bigger problems. Fashion chain Joules, which announced a five-year contract with Clipper Logistics in 2020, called in the administrators yesterday, Made.com failed last month and B&Q saw a 30% decline in the first half.

And Wincanton CEO James Wroat said hauliers needed the broader economy to prosper in order to meet their own challenges.

“We are mindful of the expected continuation of macro-economic uncertainty, and we will continue to work closely with our customers to manage inflationary pressures and labour market challenges across our markets.”

But the company remains optimistic, expecting “to deliver revenue and profit in line with market expectations for FY23, underlining our excellent customer relationships and resilience to challenging external conditions”.

Along with the softer market, hauliers have faced other challenges. In the Haulage Exchange’s most recent survey, released in September, 93% of hauliers said they were still being affected by Brexit, 80% said volatile fuel prices would impact their businesses into next year and nearly 75% remained focused on environmental issues.

“Two in five (40%) of the companies we surveyed are proactively adapting business models so that they can prosper,” said Haulage Exchange, and over 30% were refocusing their businesses into the UK rather than battle on into Europe.

Official UK government figures, released in June, confirmed that trucks heading into Europe were down to a little over two million trips, 2% down year on year and 16% down on a five-year average.

Unaccompanied trailer trips to Europe, in contrast, were up 3% year on year and 14% over a five-year average, at 1.14m trips to June.

Some 80% of Haulage Exchange survey respondents cited increased costs as their greatest challenge in the next year, while skilled driver shortages came next, at 40%, unrealistic customer demands third, at 33%. Post Brexit checks on EU food and farming was cited as a major challenge by 27% of respondents.

It seems UK hauliers are targeting more domestic freight or using unaccompanied trailers, keeping their drivers in the UK and reducing costs.

Forget Brexit, we need a paradigm shift in attitude to solve driver crisis

Recent driver pay spikes must be consolidated and become common practice for the UK to ...

Pure-play CL operators (PPCLOs) – if no one else is claiming it, we’re coining that ...