News / Soft market does not slow Latam expansion, thanks to perishables traffic 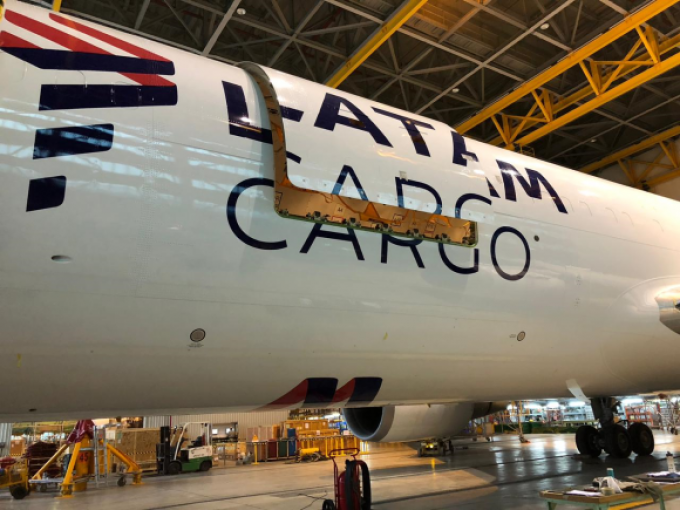 Latin America’s largest carrier took delivery of a 767-300BCF aircraft this summer and another is due in December, bringing its freighter fleet to 11 units, all 767Fs.

The airline will field the additional capacity chiefly on routes from strong markets in its home region to Miami.

It is launching twice-weekly freighter flights between Miami and Lima and adding 12 weekly frequencies from Bogota to Miami, doubling its presence between Colombia and the US.

The Lima freighter kicks off this month, while the ramp-up on the Bogota-Miami sector will happen in steps between now and December.

Latam Cargo chief executive Andres Bianchi said the carrier’s presence in Colombia and Peru was reduced when it phased out the 777 freighters.

Latam expanded its international freighter network earlier this year when it tagged a leg to Copenhagen to its all-cargo service from Montevideo to Brussels. A major driver of this routing is pharmaceutical traffic. Both the Uruguayan capital and Brussels have CEIV accreditation, which Latam Cargo obtained two years ago.

Another perishable commodity was the biggest factor behind Latam’s launch of twice weekly freighter flights from Santiago to Chicago in February: much of the payload is Chilean salmon headed for Asia through interline agreements with Air China and Cathay Pacific

Salmon exports to China have gone through the roof, but unlike with cherries, the yields do not justify charters between China and Chile. Tapping into available transpacific capacity by feeding westbound freighters out of Chicago has been a winning strategy, Mr Bianchi said.

“It’s been a successful experience. We’re planning to expand it, but now we do not have enough freighter capacity to address it,” he added.

Perishables have been a bright area for Latam Cargo this year. Whereas general cargo has suffered decline, perishables markets have been either stable or shown growth, he reported. Perishables account for 50% of the carrier’s volumes.

Latam is strengthening its position in the market with the development of a perishables hub at Sao Paulo’s Guarulhos Airport, its premier gateway to Europe. The 17,620 sq metre facility, purely for transit traffic, is due to come onstream before the end of the year.

And Latam Cargo is coping with headwinds on the inbound sector, caused largely by economic uncertainty in Brazil and Argentina. The parent airline has been forced to make adjustments as passenger demand weakens. It suspended flights to Rome launched only this spring and postponed the start of flights to Munich.

For the cargo division, the loss of the Rome flight was no particular setback. The stage length was near the range limit of the 767 aircraft used, leaving scant capacity for cargo.

On other sectors, Mr Bianchi and his team are seeing larger and more stable capacity to sell, with the deployment of A350-900 and 787-9 aircraft replacing 767s. One of the latest markets to benefit from this is the Lima-Madrid route, which is being upgraded to 787-9s.