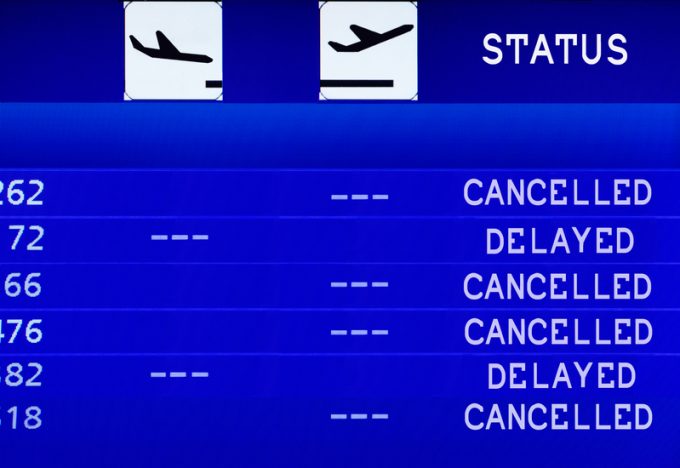 Forwarders have been running in high gear, often getting nowhere.

“Capacity and space is a disaster, and we are seeing massive swings in rates from five- to 20-times the normal level. We have made bookings and then been advised the flights are cancelled,” said the chief executive of one mid-sized Canadian forwarder.

The rapid implosion of lift on one sector after another has brought much aggravation and frustration.

“We’ve been through four major space contractions, the last one when Japan announced a 14-day quarantine and the Japanese and Hawaiian carriers contracted their schedules heavily,” said Chris Connell, senior vice-president North America of Commodity Forwarders, a subsidiary of Kuehne + Nagel.

“Before, it was China, Europe and domestic US.”

Frequently, bookings have been cancelled, forcing staff to go round in circles.

“You book, plan, cancel, book another flight; sometimes three times in an hour,” he said, but so far, using freighter lift has been more straightforward, as all-cargo schedules have been reliable, he added.

Large forwarders have been able to charter freighters to secure necessary lift, but for those that don’t have the volumes for this option, finding capacity has been a challenge.

Capacity shortages have been the worst on the China routes, he said. After belly capacity plummeted freighter charters were filling some of the gaps, but some of this capacity was subsequently turned to the North Atlantic when passenger traffic collapsed in that arena.

In response to surging rates, shippers have resorted to asking multiple forwarders, as well as charter brokers and airlines, for quotes, which has increased uncertainty about capacity and the amount of freight in need of lift, said Mr Imbriani.

Forwarders reported that lift was still available, but at massively higher prices, as contract rates had virtually disappeared.

“There is space out there. We’re able to get it, but at a much higher price point,” Mr Connell said.

In its market update of 1 April, Freightos noted rate increases of up to 30% out of China over the previous two weeks, while some express rates between the US and Europe had surged 100%.

In some cases it is useful to have dense cargo on routes out of China, which helps airlines optimise payload, given that much of their traffic at the moment consists of face masks and other medical cargo, which tends to be volumetric, Mr Imbriani said.

And airlines give space to customers that have supported them before, forwarders reported.

However, the rates charged these days have priced some commodities out of the market – several types of perishables cannot absorb the elevated cost.

Many consumer goods are not flying any more either.

“The retail sector has been decimated globally, so there is not much moving in the retail space. Most of the goods still moving have shifted from air to LCL ocean as timing is no longer an issue,” Mr Connell said.

Demand has collapsed across a number of sectors.

“Dropped e-bookings last week indicate that non-essential items are either being priced out of the mode or scaling back in response to falling consumer demand,” Freightos wrote in its April update.

According to Clive Data Services, airfreight volumes dropped 48% in the week 23-27 March.

With manufacturing activities and retail largely in limbo in North America and Europe, the outlook for demand is bleak, which should ease the pressure for forwarders to scramble for lift. In any case, they do not have to worry about another schedule collapse, which augurs more stable times ahead in terms of capacity fluctuations.

Mr Connell expects April to be a slow month, but at least his company should be able to operate in a more efficient manner in a smaller market, instead of being inefficient in a frantic market, he said.