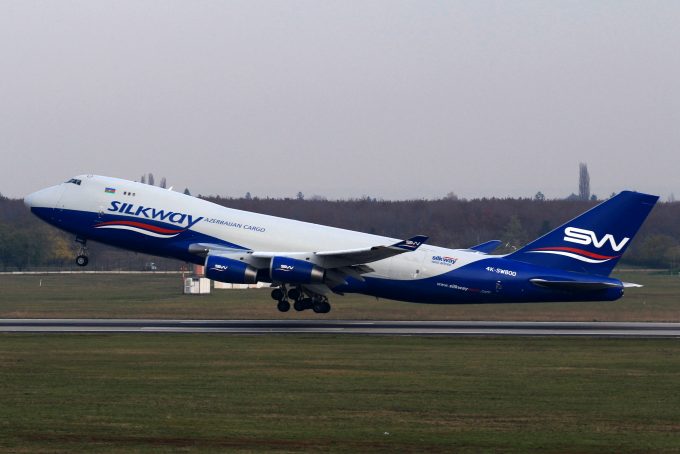 The Azerbaijan airline received a former Malaysian Airlines Cargo 747-400F last week, and has a second arriving in June.

The carrier announced that it had started twice weekly flights into Liege in April, and it also relaunched operations into Budapest after a two-year hiatus.

“The aim is to further knit our European network by adding more destinations and maintaining a denser schedule in order to offer our customers the highest flexibility,” said Wolfgang Meier, President and CEO.

In other network news, Ethiopian Airlines is to launch a four-times-a-week operation between Addis Ababa and Manchester Airport in December. Initially the 787 service will transit via Brussels.

Manchester Airport noted: “It will serve as a key trade route for Northern businesses, opening up fresh export opportunities and delivering cost and journey time savings to those already operating there.”

“With vast investment and trade potentials between Africa and the UK, the upcoming flight holds the promise of boosting trade, investment and tourism with ample business opportunities for investors and business people from both regions.”

Africa’s largest airline has doubled its fleet in the past 10 years, and this year plans to launch 10 new destinations within six months.

Boeing predicts growth in the global air cargo fleet north of 60% over the next ...

Vietjet in air cargo link with UPS, but eyes freighter fleet of its own in 2021

Vietjet has partnered with UPS for Asia-US airfreight operations, but the low-cost carrier has not ...

Dutch ditch plan for tax on freighters, fearing loss of cargo to rivals

The Dutch government has abandoned its proposed tax on freighters, after research showed it would ...

All-cargo aircraft must continue to shoulder a higher share of international freight flows, as passenger ...

Cathay Pacific Cargo: 'we need to be agile and open to change'

Cathay Pacific, which wants to expand its reach to South America and Africa, has assured ...

Remember as far back as June – which in 2020 feels like looking back years ...