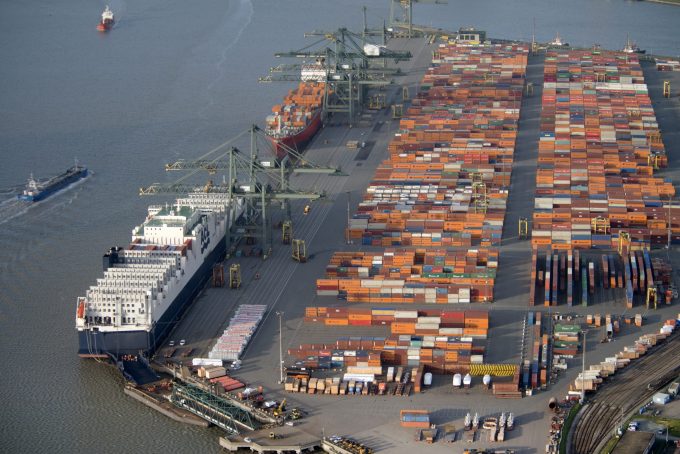 Accelerating freight rate erosion across the major shipping tradelanes is causing analysts to revise predictions of a ‘normalisation’ of the container market.

According to a new HSBC research paper, at the current speed of spot rate erosion, market rates could fall to 2019 levels as early as the end of this year –previous expectations were for mid-2023.

The paper’s authors note that the Shanghai Containerized Freight Index (SCFI), which tracks headhaul spot rates from China, has fallen by 51% since July, representing an average 7.5% weekly decline which, if continued, would crash the index back to pre-pandemic levels.

“We argue that weaker-than-expected demand, faster easing of congestion and price competition to get marginal cargo led to this decline,” said the bank’s analysts.

Based on this backdrop, HSBC’s shipping, ports and Asia transport research team is advancing its “trough scenario”, the bottoming-out point for the industry, to mid-2023, versus the previous estimate of 2024.

The paper says there is a “significant downside risk” for 2023 and 2024 liner profits, and therefore the bank has slashed its profit estimates “up to 51%” as well as cutting its dividend expectations.

According to HSBC, the reactivation of capacity after last week’s Golden Week holiday in China will be one of the “key reflection points” determining “whether freight rates stabilise any time soon”.

It added that potential changes to guidance that could be revealed within the Q3 liner reporting season earnings statements may give some insight into how much success carriers are having in defending their contracts.

Meanwhile, Alphaliner reports that pockets of port congestion at North European ports and the two eight-day strikes at the UK biggest container port at Felixstowe were insufficient to prevent a “remarkable” 49% collapse in the SCFI China-North Europe component in the third quarter.

An Alphaliner count of 687 port calls during Q3 at North European ports by the 18 alliance Asia loops – six for the 2M, seven for the Ocean Alliance and five for THE Alliance – revealed 140 fewer calls than advertised.

The consultant said 2M partners MSC and Maersk recorded 15% fewer and Ocean Alliance members 12%, while THE Alliance vessel-sharing partners, which had in previous assessments maintained the most calls, skipped a huge 26% during the period.

“It will come as no surprise that the port of Felixstowe missed the highest percentage of big Far East loop calls in Q3,” said Alphaliner, adding that it lost over a third of its scheduled calls and missed out on pro forma double calls of an Ocean Alliance loop.

Rotterdam, Wilhelmshaven and Zeebrugge were the main beneficiaries of diverted calls, it added.

Load factors nosedive, pushing carriers to idle ships in a bid to 'stop the rot'

Container spot and short-term freight rates from China remain under pressure after the Golden Week ...