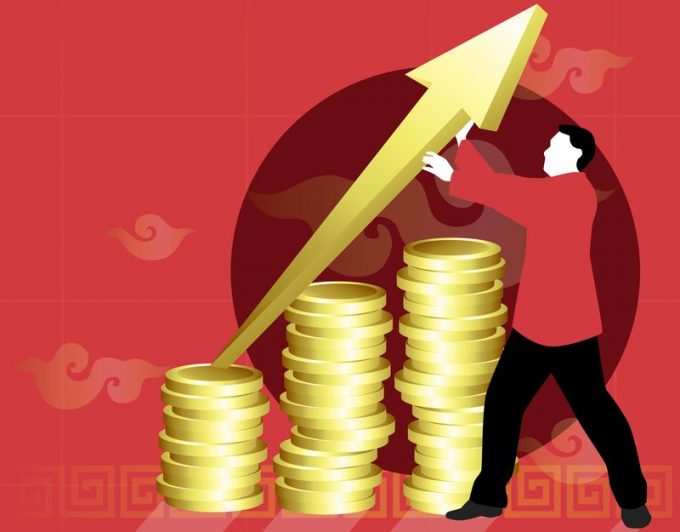 Air freight’s traditional new year peak has gone “off-piste”, as the industry faces soft volumes and some capacity declines as specific airlines battle their demons –whether they be Covid, 5G or Chinese restrictions.

Air freight rates out of China continued to plunge from their December highs until mid-January, when they began to rise again shortly before the start of the earlier-than-usual Chinese New Year.

Last year, rates began to rise nearly a month before the Chinese holiday in mid-February, and fell sharply during. A rise was not significant again until late March/early April.

“Rates out of Hong Kong and Shanghai have been softer than expected,” confirmed Peyton Burnett, MD of the TAC Index, to The Loadstar Podcast, out today.

“We thought there would be a bump after Cathay Pacific announced capacity cuts. In fact, rates went down, not just out of Hong Kong but also Shanghai.”

Volumes out of China are said to be low currently, owing to both production issues and the Olympics, added Mr Burnett. “In the second half of January, the market started to pick up, but not as strongly as expected.”

He added that there were two issues impacting the market: “Covid is affecting airline operations, not just staff on the ground in Hong Kong and Shanghai, but also in the US and Europe. It’s a big struggle for airlines.”

The second issue is volumes: “There are still big volumes ready to ship in the first quarter, but they are waiting for the Chinese New Year peak and for the lower rates that come after. But the rates aren’t coming off as much as people expected. There is some discount, but not much.”

He said there were key shipments expecting to move in February and March, much of which are Covid test kits which must compete for capacity with general goods, production of which will start to ramp up after the new year holiday.

Year on year, chargeable weight saw a 0.1% increase in January, while volumes were up 0.2%. Capacity was up 6% versus January 2021, said Clive Data Services, now owned by Xeneta. Rates year on year are 41% higher.

“We see this as a respectful start to 2022 by an air cargo market still dealing with uncertainties caused by Covid, as sick-leave and quarantine rules continued to affect many industries and countries,” said Niall van de Wouw, formerly MD of Clive and now chief airfreight officer at Xeneta.

“We can see that the global air freight supply chain remains fragile, with airlines cancelling flights upfront because of the lack of crew.

“January has also reminded us that Covid isn’t the industry’s only concern. During the month, we saw other aviation disruptors, including 5G concerns in the US, extreme winter weather conditions impacting flight schedules and Chinese New Year, which began two weeks earlier than in 2021.

“Measured against all these factors, January’s performance shows there is still a good degree of resilience in the global air cargo market.”

For forwarders, 2022 is expected to be the “year of the air charter”, said James Gagne, CEO of Seko Logistics. While he said he expected the air cargo market to remain stable, he said customers should keep an eye on the transpacific in particular.

The ILWU union is beginning negotiations over its new contract – a much fought-over issue in 2014 which saw west coast ports facing resultant severe congestion, and giving air freight a boost. Interestingly, at the time air freight capacity was also being chartered out to support the fight against ebola.

“We should be very vigilant on transpacific eastbound, over ILWU negotiations,” explained Mr Gagne, adding that Seko “sees the need for charter capacity only growing”.

You can hear a clip of Peyton Burnett’s comments to The Loadstar Podcast here.