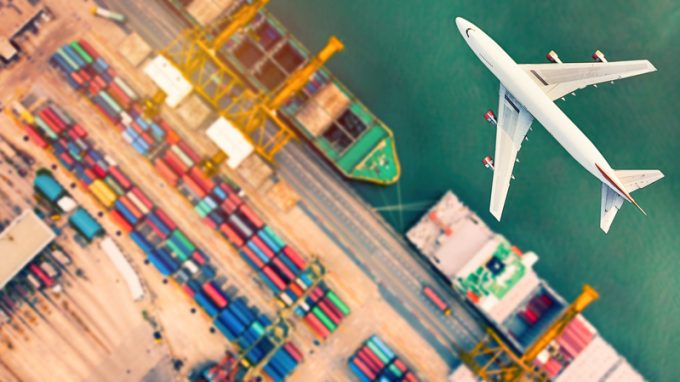 Maersk is reportedly in the market for a top five forwarder as huge shipping line profits – a combined Q3 ebit of $37.24bn – are expected to disrupt the logistics industry, with air cargo taking a particular interest in the outcome.

Maersk’s well-publicised acquisition of Senator, two 777Fs and leases on three 767-300Fs for its Star Air subsidiary, as well as its move into forwarding, could well disrupt the market.

Then, of course, there is CMA CGM’s decision to set up its own airline, having acquired four A350Fs, two 777Fs and four A330Fs. As owner of Ceva Logistics, like Maersk, the line is looking to become a one-stop shop.

However, in these discussions, it is often forgotten that there are two other vertically integrated airlines: Evergreen, which has ship orders which will double the size of its fleet (it ordered 24 ships for some $1bn in September, and 20 in March, for $2.6bn) owns EVA Air, which made a profit in the third quarter and currently has six 777Fs with one on order.

But there is an even closer example, one that tends to slip under the radar: NYK Line, which owns Yusen Logistics, and Nippon Cargo Airlines (NCA), which has eight 747-8Fs, and a fleet of 747-400s operated by Atlas Air.

There have been no concerns so far, however, with other forwarders using NCA. Last year, for example, Ceva operated 40 charters with NCA. But with Maersk and CMA’s more aggressive moves, will the market look more closely at other integrations?

While Maersk’s and CMA’s moves are nothing new, the amount of money and competition in the market is.

“It’s an interesting move by Maersk, especially as it moves into air logistics. It’s a fast mover and just ahead of CMA CGM,” said one senior air cargo executive. “But what will Evergreen and NYK’s countermove be to ensure competitiveness?”

The executive also noted that this vertical integration could lead to new co-operation on the ground, which could give the companies a competitive advantage over pure airline rivals – like the integrators, and the large global forwarders who compete with own controlled capacity, a growing trend (Atlas Air announced an extension of its agreement with DB Schenker today).

“How will the obvious logistics synergy of operations and management – on the ground at airports, trucking, rail – be approached? Will airports and sea ports see opportunities beyond the traditional sea-air mode, and look to a synergy in processes that can really disrupt the industry?

“I think they will – but who will be the first movers?”

Earlier this year, one executive close to CMA noted that the line was likely to develop a sea-air product (although last month it pulled its air services from Dubai).

“CMA has little experience in air freight, which is totally different from sea freight. But there is room to create a solution between sea and air. CMA really deals with shippers with a need for sea and air, and it’s possible to combine those needs.

“There is a good synergy for a multimodal solution. Covid has changed the logistics needs of shippers and forwarders, so this is something quite new.”

For an integrated process on the ground, the sea-airlines might consider buying a handler – but one senior handling executive pointed out that the only way to make money in handling is through big volumes, hence the move towards large global handlers.

But the air cargo executive added: “It is inconceivable that any one of the global handling companies (presently owned by PE companies) would not jump at the chance of a strategic alliance with any one of these groups.”

The handler also questioned how vertically integrated companies would manage their rates.

“It’s better for them when it’s all their freight. When it’s other people’s freight, they come unstuck.”

He noted that CMA CGM Air Cargo had outsourced its sales – with the exception of some 30% of the capacity originally set aside for Ceva – to a GSA, ECS Group.

“The GSAs and forwarders need to make a buck and think they can make money from the airline, but who will pay for that, if it’s all the same group?

“The GSAs will be looking for volumes, but a group company can’t pay more than the GSAs are selling it for – that would make a mockery of it. And if group customers get low rates, the airline won’t be able to support it. High rates via a GSA, and they’ll lose the business.”

Meanwhile, forwarders are already complaining about Maersk’s integrated logistics operations biting into their business, with two telling The Loadstar Maersk had contacted their customers, while at the same time preventing them from booking with the shipping line.

Another warned that he could feel Ceva breathing down his neck when booking with CMA CGM Air Cargo.

And with sources reporting that Maersk is expected to make a purchase of top-five forwarder, the transformation into ‘integrator’ will essentially be complete –potentially leaving ‘pure’ airlines out in the cold.

Interestingly, the most vertically integrated company, Amazon, predicted yesterday it would be bigger domestically than FedEx and UPS by the first quarter of 2022.