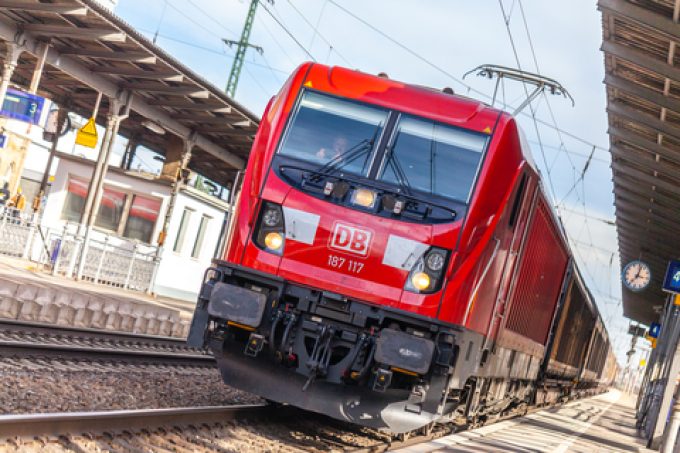 European shippers are facing more chaos on the tracks, with German train drivers’ union GDL launching its third strike in less than a month, amid an ongoing pay dispute with Deutsche Bahn (DB).

Sources told The Loadstar that up to 70% of all rail freight movements may be affected by the strike, the longest to date, which began at 5pm yesterday and is set to run until 2am on 7 September.

A DB live commentary noted that by 6am today, 200 freight trains had already been affected.

Godfried Smit, of the European Shippers Council, told The Loadstar: “I spoke to a few shippers, who said planning was difficult, especially as this strike is supposed to last longer than last time around.

“Sometimes trains crossing into Germany can still make use of Belgian, French or Dutch drivers, but it’s not always clear if a train can continue or the driver must be exchanged. So, planning voyages is rather hard.

“ESC hopes the situation returns to normal. Although we respect strikes as a legitimate action form, for very long actions it should be balanced with the free traffic of goods principle.”

Mr Smit said that, as the strike caused substantial risk to free movement, the ESC would “put some pressure” on Germany to rectify the situation.

Shipping line Hapag-Lloyd has warned customers their movements may be affected by the five-day strike, noting that it expected the action to lead to restrictions in inland operations and equipment availability.

Meanwhile, DB is to file an application for an injunction against further action in Frankfurt’s labour court, which chief HRO Martin Seiler said was “in the interests of our customers”.

He added: “The right to strike is a great asset, however, strikes are only permitted if they are within the framework of the law. In our opinion, this is not the case with the GDL. Even according to the recent statements of the GDL, this industrial dispute is obviously more about legal and political issues than about finding solutions for good working conditions at the negotiating table.”

“Collective bargaining agreements (CBAs) are the product of negotiations – they do not work if one party simply dictates the terms to the other,” said Mr Seiler. “If GDL really wants a solution, it has to finally come to the negotiating table.

“This new strike brings us no closer to a collective agreement. GDL’s leaders are only interested in amassing more power, and passengers and businesses are paying the price.”

DB’s latest offer, which appears to be a bonus of between €400 and €600 and reduces the duration of the new CBA from 40 to 36 months, was described by the GDL as derisory.

The union said: “DB continues to move not a millimetre in the tariff conflict it is responsible for, and does not aspire to a real giving-in, but deliberately adheres to a strict course of refusal. In doing so, it consciously accepts economic disadvantages and burdens on travellers, all of which is done with the aim of eliminating the GDL as the only critical union in rail.”