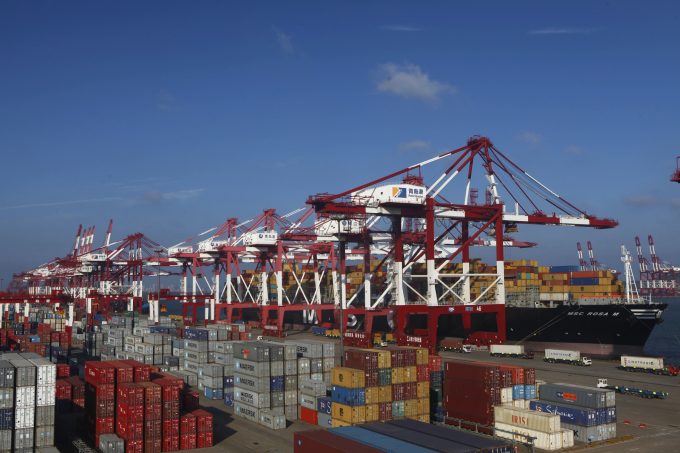 Ningbo-Zhoushan Port Group said yesterday there was no noticeable arrival of containerships diverted from Shanghai so far, despite that city and its port being in the second week of indefinite lockdown.

A spokesperson said: “We’re doing a good job of epidemic prevention and control to ensure continuous and stable operations. We don’t see that many ships previously berthed at Shanghai being moved to Ningbo-Zhoushan Port.”

A source at Chinese shipping agent Penavico also confirmed The Loadstar that there had not been a large number of ships moving to Ningbo.

But, added the source: “Waiting time for ships to berth in Shanghai is 24 to 48 hours, but the lockdown is only in its second week. If it continues, liner operators may have to consider diversions to Ningbo or Shenzhen.”

Ningbo-Zhoushan is near Shanghai, in the Yangtze River delta, and is the world’s third-busiest container port.

While Shanghai International Port Group insists the port continues to function normally, refuting media reports claims that as many as 350 vessels are queuing to berth, sources in the city told The Loadstar the lockdown was affecting hinterland logistics.

One source said: “Trucking is a problem, because other Chinese cities won’t grant access to those from Shanghai unless the drivers produce a negative Covid-19 test, and not all Shanghai residents have been tested.”

Freight forwarder Geodis added that trucking to and from Shanghai was allowed only for personal protection equipment and essential goods.

It advised clients: “Shipping lines are very concerned about the significantly reduced volumes in Shanghai in the upcoming weeks. We strongly recommend alternative loading ports, such as Ningbo and Taicang, for urgent shipments.”

Maersk is offering shippers the choice of changing destinations at no charge, if there is an estimated arrival date of up to 15 April.

Anne-Sophie Zerlang Kalsen, head of Asia Pacific ocean customer logistics, said: “While the city is going through tough residential lockdowns, the Shanghai ports – Waigaoqiao and Yangshan – are working as normal on vessel operations, yard handling and gate-in and -out, and I expect this to continue. However landside transport efficiency is reduced due to the unavailability of truckers.

“We are doing everything we can to alleviate our customers’ pain by increasing our activities on rail and barges, and will continue to follow the rather fluid situation closely,” she added.

Japanese carrier ONE warned that uncollected reefer and dangerous goods shipments were building up in Shanghai’s container yards, due to the lack of haulage, adding: “Currently port and terminal operations [in Shanghai] remain operational. However, trucking availability is very limited, and this has impeded clearance of import cargo.

“The result is that Yangshan and Wai Gao Qiao PH2, in particular, are facing critically high dangerous goods and reefer yard utilisation. There is a possibility that certain DG classes and reefers may not be allowed to discharge if they cannot be accommodated.”

And it said: “In that case, we will arrange either change-of-destination to discharge at other ports or keep the cargo at other transhipment ports to transport to Shanghai once the situation allows.”

To hear Peter Sand, chief analyst at Xeneta, talk about the “curveball thrown at global supply chains in Shanghai”, listen to this clip from the latest Loadstar Podcast.