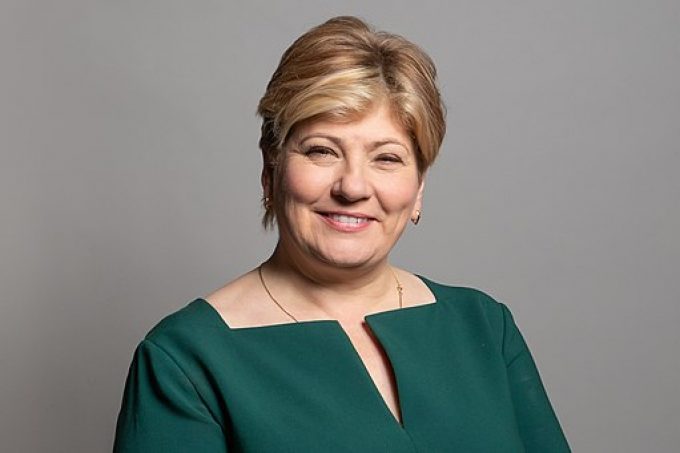 The UK’s shadow secretary of state for international trade, Emily Thornberry, (pictured above) has called for party politics to be set aside to fix issues that continue to hamper post-Brexit UK SME exports.

Speaking at a webinar hosted by Fashion Roundtable, the Islington MP told attendees that, “as a country we have got the past five years wrong and there is now an urgent need to systematically work through the impediments to trade in the Brexit agreement”.

She added: “We need to go through the original negotiations and work on them sector by sector to resolve the problems businesses are now facing.

“It has become obvious that what is being experienced is more than just ‘teething problems’ and we have to work with Lord Frost [UK Brexit negotiator] in finding solutions that help fix these problems and get business moving.”

She added that greater effort needed to be made in identifying sectors with “real potential” for growth and to provide assistance for achieving this growth.

She suggested a collaborative approach between government and industry to draw up checklists of what each sector would require for growing at an international level and ensuring a free flow of goods when negotiating future trade deals.

“I’d rather a slower process in reaching a deal than simply signing up to a bad deal solely to say, ‘we have a deal’,” Ms Thornberry said.

“What is vital is that we avoid ending up in the same position we’ve ended up in with Brexit where we enter an agreement that we think looks fine on the surface but when it comes to the practicalities of trade leaves industries, like fashion, in a bad place.”

Shadow trade minister Bill Esterson described the deal as “paper thin with massive holes” with the cost of freight and logistics particularly impacted.

Citing additional charges of £80 per “relatively small” consignment when shipping to Germany, Mr Esterson questioned how UK SMEs could remain competitive with their European counterparts.

“We’ve entered an agreement that leaves UK businesses uncompetitive. There are fixes needed for this, and they are needed for every country. I don’t see it as hard, but I also don’t see any government ministers picking up the baton to do this.

“We also need better clarity from HMRC in the guidance it is providing UK exporters.”

Mr Esterson’s comments followed owners of an independent record label and fashion label who said they had received scant advice from HMRC in the run-up to Brexit, the latter noting that webinars had been designed for larger businesses.

“We decided to stop shipping to the EU because of confusion surrounding duty, surcharges and VAT, but one shipment got through,” the fashion label owner told The Loadstar.

“This was refused by the customer, so we were charged £50 in refusal fees by our courier on top of the initial delivery charge, plus there’s the outbound and inbound duty and duty when it originally came from our manufacturing plant, all for a product we could not sell.

“It’s easier to sell to the US because they have a threshold of $850 before duties and sale tax are required, and their customers know they will be charged this.”

Fashion employs more than one million people in the UK and is worth 25 times more to the economy than fishing, but representatives say that, compared with fishing, the sector has been abandoned by the government.

Ms Thornberry warned that failure to address industry concerns would see both the number of people employed by the sector and its contribution to GDP shrink.

She added: “We need to make sure as far as possible that we minimise disruption and support existing businesses, and we need a system that is as close as possible to before-Brexit, is practicable and works.”