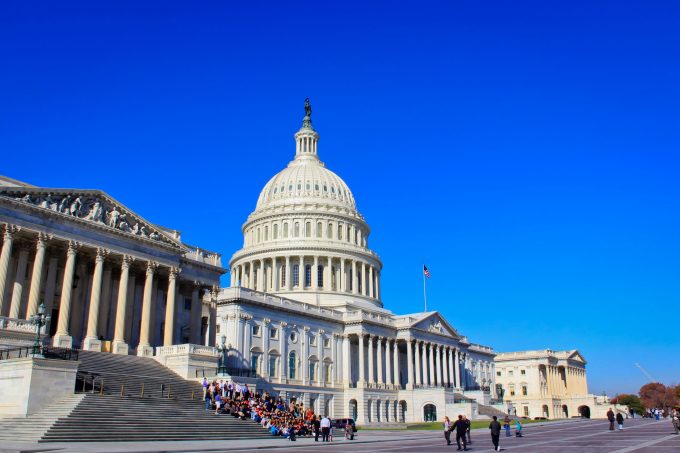 Shipping lines continue to rail against the introduction of new legislation in the US that is aimed at curbing some of the excesses that both importers and exporters have complained about over the past two years.

A Senate version of the Ocean Shipping Reform Act is now under consideration in the US upper house, introduced by senators Amy Klobuchar and John Thune, a Democrat and a Republican. The bill enjoys significant cross-party support.

However, John Butler, the president and CEO of liner shipping association the World Shipping Council (WSC), said that shipping lines have continued to work with all the members of the supply chain, including the Federal Maritime Commission (FMC), to find operational solutions that will mitigate the effects of the chronic congestion experienced in US ports.

“Ocean carriers have deployed every available ship and container to move the continuing record levels of cargo resulting from pandemic-driven US demand for imports—but when ships cannot get into port to discharge and load cargo because of landside logistics breakdowns, it is clear that further regulating ocean carriers will not solve the deeper challenges in US supply chains,” argued Mr Butler.

In his opinion the bill passed by the House of Representatives late last year is “deeply flawed,” and would “place government officials in the role of second-guessing commercially negotiated service contracts and dictating how carriers operate ship networks – an approach that would make the existing congestion worse and stifle innovation”.

The WSC said it looks forward to working with the Senate to develop legislation that will deal with the “real root causes of supply chain congestion”.

NITL’s executive director Nancy O’Liddy added: “The overwhelming support of the White House and the bi-partisan support shown for competitiveness in the supply chain is a crucial step toward addressing systemic issues contributing to the chaos at US seaports and unprecedented disruption to the ocean shipping network.”

She said that while shippers and forwarders successfully negotiated the holiday rush, “the ongoing ocean shipping turmoil has wreaked havoc on US exporters and importers, costing them billions in higher shipping costs, demurrage and detention charges, dwell fees and lost business and products”.

According to the NITL much of the disruption was caused by the inability of shippers to access chassis and containers, which “upended” the ocean network.

According to the NITL, OSRA22 will modernise the Shipping Act, which was last updated in 1998. Lori Fellmer, chair of the NITL’s Ocean Transportation Committee explained that “the shipping industry will benefit from these reforms that are targeted to address the challenges that confront importers and exporters in 2022″.

In summary the OSRA22 bill will: