News / Scrubber retrofitting driving a spike in the charter market 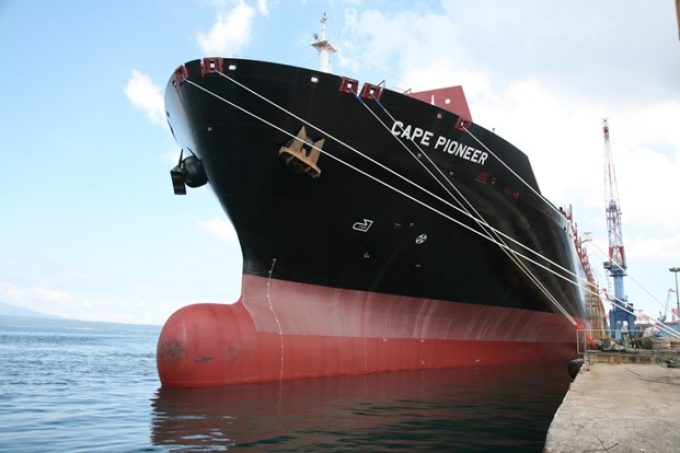 Ocean carriers are biting the bullet and agreeing charters for significantly higher daily rates as markets tighten ahead of IMO 2020.

The IMO’s maximum 0.5% sulphur content regulation for maritime fuel becomes law in less than 120 days and is widely seen as a ‘game-changer’ for the shipping industry.

Dry docks are said to be “full” of vessels requiring the fitting of scrubbers, and reports are emerging of the installation process taking some two weeks or more over estimates of 25-30 days, creating further uncertainty for fleet operators.

After a reluctant start, even the hitherto anti-scrubber carriers such as Hapag-Lloyd and Maersk have joined the rush to install the exhaust gas cleaning systems on as many of their fleet as possible.

They fear their ships will be less competitive than those of rivals such as Evergreen and MSC at the forefront of the scrubber-enabled transition, which enables vessels to continue to burn cheaper heavy fuel oil.

Indeed, this month, Maersk’s CEO Soren Skou confirmed that the container line had “a number of ships out in shipyards for retrofitting of scrubbers”. And the carrier has signed a 12-month charter party for the 6,882 teu Cape Pioneer, which it will deploy on the transpacific to cover downtime on ships sent for scrubber installation.

The fixture for the post-panamax vessel has been done at $20,000 per day, with options and positioning by the Danish carrier. The rate for the 2017-built ship is nigh 40% higher than the its nine-month fixture with NYK and it was snapped up as soon as the Japanese carrier’s charter expired.

“Maersk was chasing this ship from the moment it looked like it was going to be open,” said one broker source.

Although the daily rate is high, The Loadstar has heard of other recent fixtures, albeit with a higher reefer intake, going at up to $25,000 per day.

Industry consultant Alphaliner noted recently that rates “keep going up, on the back of rising activity and a dearth of tonnage, with zero vessels available on a spot basis” for the post-panamax sector.

Moreover, other sizes, including the once-embattled classic panamax 4,000-5,300 teu vessels are “completely sold out” according to The Loadstar broker sources. This represents a massive turnaround for the sector from the start of the year, when up to 50 panamax ships were available.

Unsurprisingly, the reactivation of idled panamax vessels, along with a much improved outlook, has all but stymied the demolition market. According to the latest weekly container briefing from London broker Braemar ACM, only one container vessel has been reported as sold for demolition in the past 30 days.