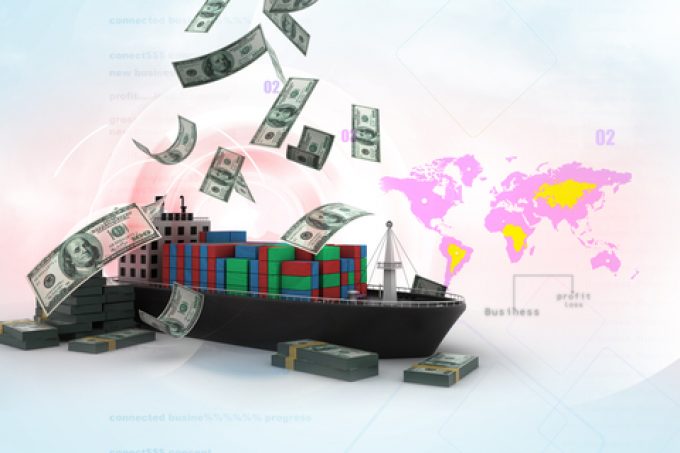 The huge earnings of ocean carriers in the first half of the year will gather pace in Q3 and Q4, as old contracts expire to be replaced by new but much higher short- and long-term deals.

Maersk was obliged yesterday to again upgrade its full-year ebit guidance by a further $4bn-$4.5bn, after it reported Q3 trading was “significantly ahead of our previous expectations”, assessed during its outlook update in August.

It said it now expected its earnings for Q3 to be “close to $6bn”, which compares with its ebit for the first six months of $7.2bn, for an interim net profit of $6.5bn.

“Given the persistent congestions and bottlenecks in the supply chains, APMM now expects the second half-year to be stronger than previously anticipated,” said the carrier.

Meanwhile, the voluntary capping of FAK rate increases by CMA CGM and Hapag-Lloyd seems to have given a new impetus to container spot rates.

Nevertheless, with more than 60 vessels waiting up to three weeks for a berth at Los Angeles and Long Beach terminals and ships piling up all around the US west and east coasts, it appears these rates are academic if carriers have no space to sell.

The rush by major retailers in the US and Europe to charter their own tonnage has resulted in huge spikes in containership daily hire rates.

One broker contact told The Loadstar at a London International Shipping Week event he was on final “subjects” for the fixing of an elderly panamax ship for 80-90 days for an Asia-North Europe round trip at an astonishing $250,000 a day, which would beat the previous highest in the sector by $50,000.

“I could not believe the offer, nor could the owners which were struggling to get $5,000 a day for this ship a few years ago. They are certainly glad they did not send the ship to the scrapyard, as was planned,” he added.

And yesterday UK’s department store chain John Lewis said it had chartered a fleet of ships in order to secure its crucial Christmas market products.

Another broker source told The Loadstar he thought John Lewis was working in combination with other retailers and a large forwarder to bid for vessel capacity, after becoming frustrated with the inability of its nominated carriers to fulfil their minimum contract commitments.

Meanwhile, one forwarder involved in “multiple charters” would not be named for fear of ‘reprisals’ by shipping lines, said: “Carriers are responding poorly to anyone chartering.”

As with the transpacific spot rates, the Asia to North Europe tradelane rates are largely academic, as carriers are fully booked and not prepared to take on new charters at sky-high rates.

The rate reduction led by Hamburg Süd on the Asia-North Europe tradelane seems to have been short-lived, as the director of a UK forwarder told The Loadstar the Maersk subsidiary had just announced a peak season surcharge of $2,000 per 40ft.