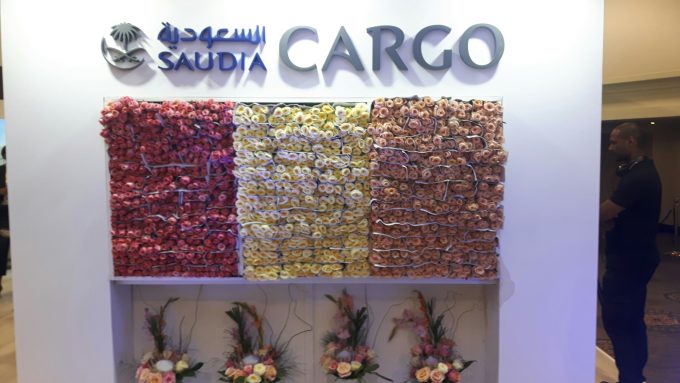 Saudi Arabia has its eyes firmly set on becoming an international logistics hub to rival those of its Gulf neighbours as it progresses towards its Vision 2030.

Last week, the government floated a tender to build a new dry port and logistic zone, and it has also issued tenders for railway projects linking Yanbu, Industrial City and King Abdullah Port on the Red Sea, and another connecting the existing Dammam-Riyadh line with the northern line.

This follows news last month that Saudia Cargo signed a joint agreement with King Abdullah Port to boost collaboration between air and sea and set up a secure logistical operations zone.

The agreement will lead to an air-sea cargo corridor with the local airports, “to ensure the smooth flow of cargo to the port, and re-export it by air”.

Much of the basis for success, in comparison with a hub such as Dubai, is its large young population and its geography, explained Amer AbuObeid, executive director commercial for Saudia Cargo.

“Saudia Arabia has the advantage of location and a big population and we border eight countries. We have full access to the Arabian Gulf and the Red Sea. We are putting so much investment into the education system. They come back with experience to take us to the next level.

“Our CEO is young, and wants things like iPhone applications. These guys are very advanced, and moving fast.”

Digitisation is a key word in the kingdom, he added, and it is becoming a game-changer for the nation.

Since Saudia Cargo was split off from the airline in 2008, said Mr AbuObeid, the carrier has invested heavily in people and training.

“The company’s vision is up to 2030, but we are investing now in systems processes.”

Aside from setting up sea-air routes, one of the keys to the transformation plan will be transit cargo, which currently accounts for “a good portion” of the airline’s volumes.

“We would like to see more transit cargo – in fact we’d like to double it,” he said, speaking to The Loadstar at Air Cargo Africa.

“2018 had no low season, overall there were strong results and we achieved all our KPIs. We saw steady growth of business through the year. As there was no low season, it gave us a cushion when it all slowed down in the last three weeks of December.

“No one knows why the market did that. Was it China-US? We did see a reduction of garments into Europe, and we think the warm weather in Europe contributed to lower imports in the year.”

Mr AbuObeid said he was not yet sure what 2019 would bring – but if there was strong demand, the carrier would look to extend its freighter fleet, which currently comprises four 777Fs, four 747-400Fs and two 747-8Fs – as well as the bellies of its 153-strong passenger fleet, which is growing to 160 this year.

“Getting additional freighters depends on the forecast. January was soft, February better – and March is hard to know yet.

“For the time being, it’s too early in the year to talk about extra capacity. Everyone is sceptical about the space they can commit to. But if demand picks up in March we may take more. We have already identified aircraft.

“It depends on the market, but it would likely be 747-400Fs or 777Fs for their fuel efficiency. They are absolutely the best as they are the least expensive to operate, but cargo and customers love the 747s,” he said.

It all seems to be pretty messy at the moment, in Hong Kong’s aviation sector. The latest ...